Posted on: May 9th, 2013 by Dimitris Ioannou No Comments

Long-term impact of youth unemployment could be felt for decades 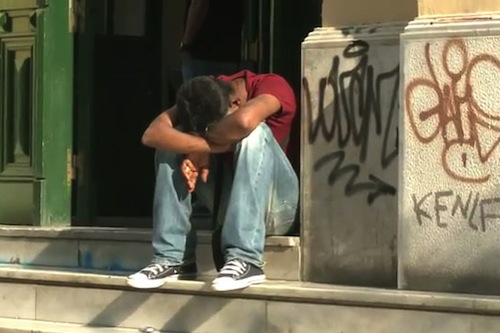 An estimated 73 million young people will be out of work this year, according to a new United Nations report that says the long-term impact of the youth employment crisis could be felt for decades and calls for creative and wide-ranging policy solutions to address the problem.

The report, published by the International Labour Organization (ILO), states that the weakening of the global recovery in 2012 and 2013 has further aggravated the youth jobs crisis and the queues for available jobs have become longer and longer for some unfortunate young jobseekers.

“So long, in fact, that many youth are giving up on the job search. The prolonged jobs crisis also forces the current generation of youth to be less selective about the type of job they are prepared to accept, a tendency that was already evident before the crisis.”

It adds that increasing numbers of youth are now turning to available part-time jobs or find themselves stuck in temporary employment. Secure jobs, which were once the norm for previous generations – at least in the advanced economies – have become less easily accessible for today’s youth.

Youth unemployment and its scarring effects are particularly prevalent in three regions: developed economies and European Union, the Middle East and North Africa. In these regions, youth unemployment rates have continued to “soar” since 2008, says the report.

By 2018 the global youth unemployment rate is projected to rise to 12.8 per cent, with growing regional disparities, as expected improvements in advanced economies will be offset by increases in youth unemployment in other regions, mainly in Asia.

“We have never before seen a crisis like the one facing young people today and it’s a crisis that requires everyone to act together,” says Gianni Rosas, coordinator of the ILO Youth Employment Programme and co-author of the report.

“That means Governments together with the social partners have to address the crisis now through strategies that focus on growth and jobs, and through policies and programmes that prioritize young people.”

The best employment programmes, he adds, combine education and training with work-experience and job-placement support. They include incentives for employers to hire disadvantaged youth, such as wage subsidies, tax cuts or social security exemptions for a limited period.

“The current young generation is worse off than we were 20 years ago and we need to urgently expand action to address the current youth employment crisis,” he states. “We must keep the objective of improving the economic and social situation from one generation to another as it has been in the past. We cannot afford to go backward.”