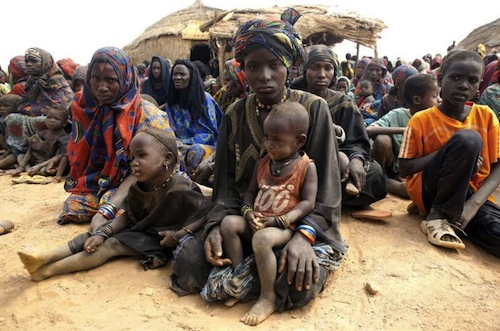 The top United Nations relief official said that humanitarian efforts to alleviate the devastating food crisis affecting Mali have begun to yield results, but warned that much still remains to be done and the situation could worsen without continued donor support.

“I have spent the past two days seeing for myself the effects of the terrible food and nutrition crisis that is now affecting at least 4.6 million people in Mali, as well as the difficulties faced by Malians affected by insecurity in the north,” the Under-Secretary-General for Humanitarian Affairs, Valerie Amos, said during her trip to the African country.

Pointing to her Tuesday visit to the Gabriel Toure nutrition centre in Bamako, the Malian capital, Ms. Amos noted that treatments costing just $100 were restoring to health numerous children affected by severe acute malnutrition and that nearly 150,000 children had been treated in similar facilities across the country.

However, despite the progress, Amos voiced concern that not enough was being done and urged donors to step up with their contributions.

“There are too many other children who are not being reached because we do not have the money to increase our operations everywhere,” she warned. “We asked for $213 million to provide life-saving projects this year; less than half of that has been provided.”

Mali is located in the Sahel region, a semi-arid belt crossing the north of Africa, which is highly exposed to the threat of famine and where 1.1 million children are currently at risk of severe acute malnutrition.

A recent report released by the Office for the Coordination of Humanitarian Affairs (OCHA) noted that Mali’s food situation was especially precarious as a plague of locusts in the country’s north was spreading and threatening agricultural production in the rest of the country.

Following her visit on Wednesday to the city of Mopti, Amos acknowledged that the delicate humanitarian situation caused by the food crisis was being further compounded by continued instability and insecurity caused by violence in the north.

In January, fighting between Government forces and Tuareg rebels broke out in the country’s north. The clashes, as well as the proliferation of armed groups in the region and political instability in the wake of a military coup d’état in March, have led the displacement of an estimated 440,000 people.

Amos observed the shipment of supplies being sent by river barge from Mopti to beleaguered towns in the north of the country, including the historic city of Timbuktu, which has been in rebel hands in since April.

“There are many people we cannot reach because so many places are too dangerous for relief organizations to work,” Amos continued, adding that “without additional support, we are not going to reach everyone who needs help.”