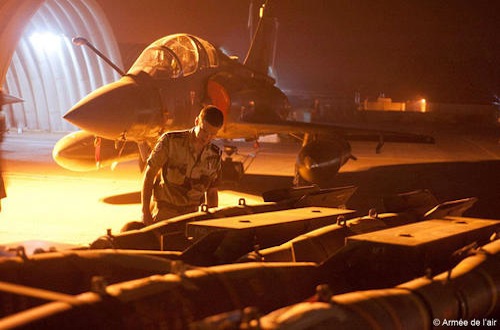 United Nations Secretary-General Ban Ki-moon welcomed the response of “bilateral partners” to the plea for assistance from the Government of Mali to counter the troubling push southward by armed rebels, some of which are associated with terrorists groups.

“The Secretary-General hopes these actions will help to arrest the latest offensive while efforts continue to fully implement Security Council Resolution 2085 (2012) aimed at the full restoration of Mali’s constitutional order and territorial integrity,” according to a statement released by his spokesperson.

According to media reports, a French air operation began on Friday and continued over the weekend after the armed groups overran the town of Konna, which had been on the de facto dividing line between those areas under Government control and those already occupied by the rebels.

Mr. Ban stressed that the latest events underscore the urgency of implementing all aspects of resolution 2085, including support for Malian defence forces and the deployment of the African-led International Support Mission in Mali, or AFISMA, the Council authorized through that text, according to the statement.

Also urgent were the success of mediation efforts of the Economic Community of West African States (ECOWAS) and the development of a consensual roadmap for a political transition and provision of support, Mr. Ban said.

According to the statement, preparations are also continuing for the deployment soon of a UN multidisciplinary team to the capital, Bamako, to carry forward support requested for both the political and security process.

Mr. Ban spoke on Saturday with the President of Côte d’Ivoire and Chair of ECOWAS, Alassane Ouattara, who briefed him on the ECOWAS summit planned for 19 January in Abuja and the plans of several of its member States to deploy military forces, the spokesperson said.

The Secretary-General was briefed on the French operation yesterday by French Foreign Minister Laurent Fabius.

Meanwhile, Mr. Ban’s Special Representative for West Africa, Said Djinnit, continues his consultations in the sub-region as part of efforts to speed up implementation of resolution 2085, the spokesman added.

Mr. Djinnit met yesterday in Abuja with the President of the ECOWAS Commission, Ambassador Kadré Desiré Ouédraogo, and with Foreign Minister Djibrill Bassolé of Burkina Faso. He is expected to travel to Bamako in the coming days, Mr. Ban’s spokesperson said.

Also yesterday afternoon, the delegation of France briefed the Security Council in a closed-door session on the military action conducted by the country after which its Permanent Representative told correspondents that Council members had expressed their support and understanding of the operation in the context of resolution 2085.

The renewed clashes in the north, as well as the proliferation of armed groups in the region, drought and political instability have uprooted hundreds of thousands of civilians in Mali. Over 412,000 people have been forced to flee the north, and an estimated five million people have been affected by the conflict.