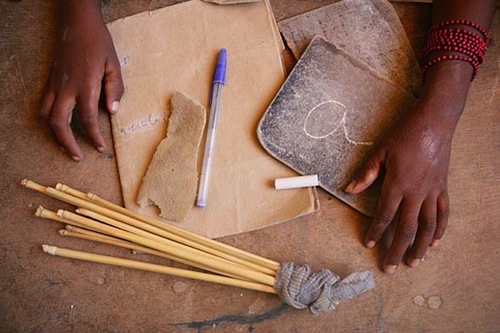 The United Nations Children’s Fund (UNICEF) announced it will scale up efforts to help half a million children in Mali restart their education, which was disrupted by the conflict and nutrition crisis in the northern part of the country.

UNICEF spokesperson Marixie Mercado told reporters in Geneva the agency and its partners have already delivered learning materials for over 90,000 students, and during the coming school year, 9,000 teachers will receive training and temporary learning spaces will be set up, while schools are refurbished or repaired.

Since January 2012, a rebellion of ethnic Tuareg groups followed by an insurgency of Islamist extremists displaced hundreds of thousands in Mali and prompted the Government to request assistance from France to halt the southward march of the extremists.

The conflict caused a dire humanitarian crisis affecting many areas in the north, including Gao and Bourem, where the rate of global acute malnutrition stands at 13.5 per cent and 15 per cent, respectively, making it a “serious” nutrition situation according to UN classification.

The conflict also destroyed or damaged around 200 schools. Many reopened earlier this year, and classrooms in Gao and Timbuktu were packed with students, who in many cases, sat on the floor because there was no furniture. In the south, already overcrowded classrooms saw an influx of about 75,000 displaced students.

Ms. Mercado added that while the agency plans to scale up its operations, funding is still a constraint, with just 27 per cent of the $12 million sought for emergency education received so far this year.