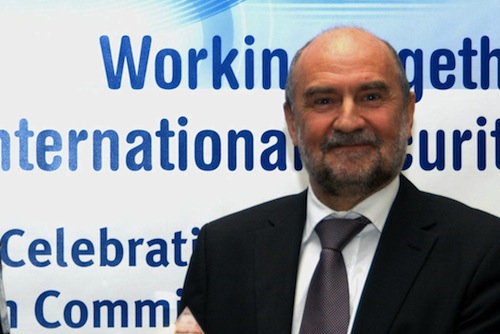 International Atomic Energy Agency (IAEA) said that no progress was made today during a meeting with Iranian officials on how to resolve outstanding issues relating to the country’s nuclear programme, calling the talks “disappointing.”

Senior IAEA officials met an Iranian delegation in Vienna, where the Agency is based, to seek agreement on a “structured approach document” to resolve outstanding issues relating to Tehran’s nuclear programme.

“The Agency team came to the meeting in a constructive spirit with the desire and intention of finalising the paper. We presented a revised draft which addressed Iran’s earlier stated concerns,” IAEA’s Deputy Director, General Herman Nackaerts, said in a statement issued after the meeting.

“However, there has been no progress and, indeed, Iran raised issues that we have already discussed and added new ones. This is disappointing,” he added, noting that a date for a follow-on meeting has yet to be fixed.

Iran’s nuclear programme – which its officials have stated is for peaceful purposes, but some other countries contend is driven by military ambitions – has been a matter of international concern since the discovery in 2003 that the country had concealed its nuclear activities for 18 years in breach of its obligations under the Nuclear Non-Proliferation Treaty.

On Monday, IAEA’s Director General, Yukiya Amano, once again highlighted serious concerns about a possible military dimension to Iran’s nuclear programme, as well as Tehran’s failure to fulfil its international obligations to ensure that its programme is only for peaceful purposes.

“Iran is not providing the necessary cooperation to enable the Agency to provide credible assurance about the absence of undeclared nuclear material and activities in Iran, and therefore to conclude that all nuclear material in Iran is in peaceful activities,” he told a meeting of the Agency’s Board of Governors in Vienna.