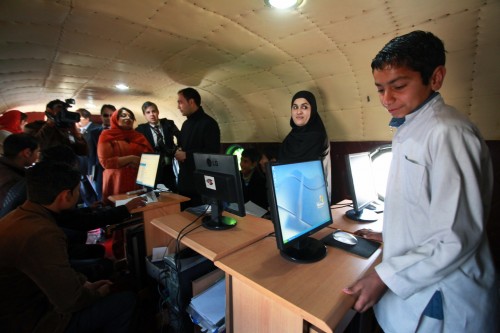 Russian Internet security company Kaspersky Lab announced on Monday that a virus with the name “Flame” or “sKyWIper” has hit Iran, the West Bank, and other Middle Eastern countries.

The virus created to gather and delete sensitive data in Middle East locations is already considered one of the “most sophisticated cyber weapons ever” Kaspersky said.

It said that the virus was several times larger than the Stuxnet worm that was discovered in 2010 and was used against the Iranian nuclear programme, reportedly under the command of Western security agencies, according to Haaretz.

According to Western media reports, Flame has been used to attack the Iranian oil ministry and Iran’s main oil export terminal.

Kaspersky’s chief malware expert Vitaly Kamluk told the BBC that more than 600 specific targets had been hit by Flame, including computers owned by individuals, businesses, eductional institutions and government systems.

Kapersky’s chief said he believed the bug had been operating at least since August 2010, and probably earlier, adding that only a state can be behind such a huge bug.

Iran has accused Israel and the US for its creation.

The country with the largest number of machines infected by Flame is believed to be Iran, following by the West Bank, and Sudan and Syria after that. Lebanon, Saudi Arabia, and Egypt have also been affected.

In a speech in Sydney last week,  Kaspersky CEO Eugene Kaspersky said cyber weapons can cause as much damage as conventional attacks and there is nothing technology can do about it  to save us.