NATO summit: ‘no rush for exits’ from Afghanistan Rasmussen says 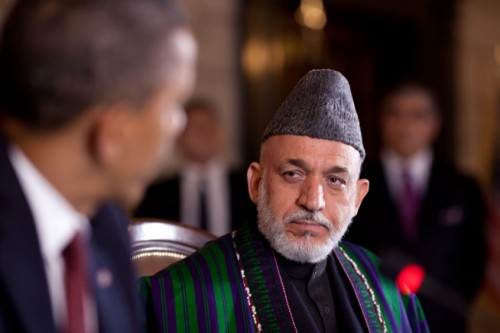 Thousands of protesters marched through the streets Chicago on Sunday in one of the city’s largest demonstrations in years, chanting anti-war slogans as world leaders met to discuss the way forward as regards Afghanistan.

The US president warned of “hard days ahead” at a NATO summit in Chicago dominated by the withdrawal of forces from Afghanistan, CNN reported.

“The loss of life continues in Afghanistan and there will be hard days ahead,” Obama stated.

The aim of the NATO summit is to complete a transition process that will bring the war to an end of 2014 and put Afghans in the lead for their own security.

More than 50 leaders are attending the meeting, including heads of state and government from the 28 NATO countries.

Demonstrators clashed with a line of police who tried to keep them away from where the meeting was being held. The march, estimated by police to number 2,500 to 3,000 people, was led by a group of Iraq and Afghanistan war veterans who symbolically gave back their military medals, Al Jazeera reported.

The new French President, Francois Hollande, has promised to pull out the country’s forces by the end of this year, two years before the alliance’s timetable, showing division in talks.

But NATO Secretary-General Anders Fogh Rasmussen expressed confidence the alliance would “maintain solidarity” despite France’s decision. ”There will be no rush for the exits,” he said.

Karzai notted that it was important to complete the security transition and withdrawal of foreign combat troops from Afghanistan that the summit will ratify.