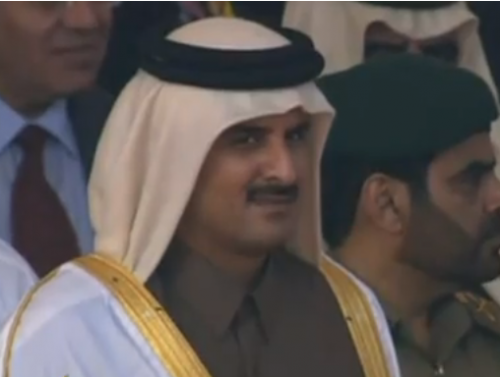 His speech was broadcast on Qatari television on Wednesday afternoon.

In terms of foreign policy, he said that his country rejects sectarianism in Arab societies while stressing  that Qatar was committed to the cause of Palestine, and would work to end Israeli occupation, according to Al Jazeera.

The news agency added that there wasn’t any mention of specific policies in places such as Syria.

His father, Sheikh Hamad came to power in a coup when he overthrew his own father Sheikh Khalifa in June 1995 while he was in Geneva, Switzerland.