New SARS-like virus not transmitted easily from person to person: WHO 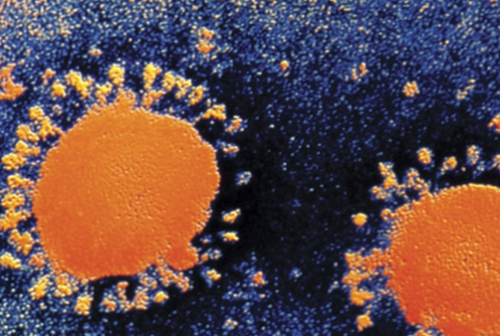 The new and possibly fatal SARS-like virus discovered in a patient in Britain last week from the Middle East appears not to be transmitted easily from person to person, the World Health Organisation said on Friday which earlier this week warned of its potential outbreak.

“From the information available thus far, it appears that the novel coronavirus cannot be easily transmitted from person to person,” it said in a statement.

The 49-year-old man in the new case was sickened by a coronavirus, from a family of viruses which causes most common colds but also includes the virus that causes SARS or severe acute respiratory syndrome was transferred from Qatar for treatment in London. He had recently travelled to Saudi Arabia, where another man died of a similar illness earlier this year.

No new confirmed cases of infection with the virus have since been reported, the WHO said. The United Nations health agency said it was working with international partners to understand the public health risk better.

SARS which emerged in China in 2003 killed around a tenth of the 8,000 people it infected worldwide.

The WHO’s clinical guidance to its 194 member states says health workers should be alert to anyone with acute respiratory syndrome and requiring hospitalisation who had been in the Middle East where the virus was found or in contact with a suspected or confirmed case within the previous 10 days.

The U.N. agency has not recommended any travel restrictions in connection with the new virus, but said it was working closely with Saudi authorities on health measures for Muslims making the haj pilgrimage to Mecca.