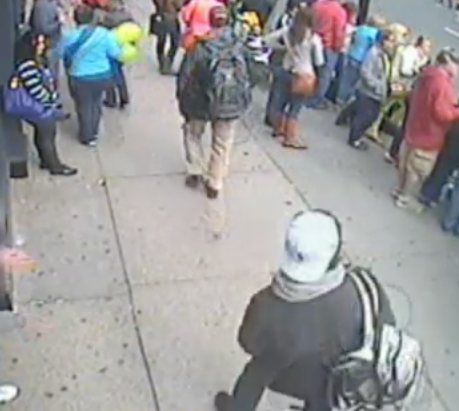 Local US media is reporting that a suspect has been arrested in Boston in connection with Monday’s marathon bombings, after a late-night police chase and shootout.

The Boston Globe, citing an official with knowledge of the investigation, reported that one suspect in Boston’s Marathon bombings had been captured, while another remains on the loose in Watertown after exchange of gunfire with police officers.

Police descended on a vehicle in the neighbouring Watertown community later in the evening amid reports of gunfire and explosions, the ABC TV station in Boston reported.

The FBI has not confirmed a connection between the events in Watertown to the twin explosions at the Boston Marathon on Monday.

The FBI had earlier released images and videos of two men wanted as key suspects in connection to the marathon bombing that killed three people and left at least 170 people injured.

The FBI has appealed for the public’s help in their capture.

Meanwhile, President Obama warned on Thursday that “whichever terrorists are behind the attack on Monday picked the wrong city as a target, because Boston will not be terrorized or intimidated.”