Over 129,000 Palestinian families to receive food aid from Turkey 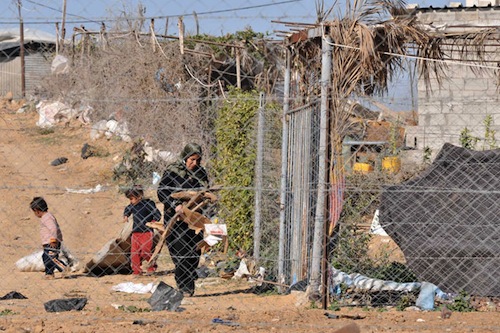 More than 129,000 families will benefit from an in-kind food donation from the Turkish Government worth $6.6 million, the United Nations agency assisting Palestinian refugees announced yesterday.

Some 12,500 tons of wheat flour will be delivered over the next eight weeks, with the first shipment arriving today, and will feed about 687,000 people, the UN Relief and Works Agency for Palestine Refugees in the Near East (UNRWA) said in a news release.

“The Palestine refugees we serve are grateful for this generous donation,” said UNRWA’s Commissioner-General, Filippo Grandi. “The need for this aid is clear with food insecurity currently threatening 60 per cent of Gazans.”

Five years ago, Israel imposed a blockade on Gaza for what it called security reasons after the Hamas group, which does not recognize Israel’s right to exist, ousted the Fatah movement from the Gaza Strip in 2007.

Since the tightening of the Israeli blockade, unemployment has skyrocketed in the territory, as imports, exports, and job opportunities have slowed or come to a complete halt. Currently, 34 per cent of Gazans are unemployed and 70 per cent of refugees are reliant on UNRWA aid, the agency said.

In addition to in-kind contributions of food, Turkey also provides financial support to UNRWA. Since 2009, the Turkish Government has more than doubled its contribution to the agency, reaching an annual sum of $1.25 million this year. Turkey also chairs the Working Group on the Financing of UNRWA in New York, and is a member of the Advisory Commission comprising UNRWA’s major governmental supporters.

Established in 1949, UNRWA provides assistance, protection and advocacy for some five million registered Palestinian refugees in Jordan, Lebanon, Syria and the occupied Palestinian territory, pending a solution to their plight.