Over 2,000 children recruited by forces in Central African Republic 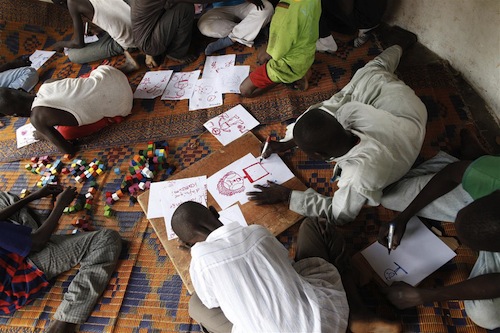 The United Nations Children’s Fund (UNICEF) said more than 2,000 boys and girls have been recruited by armed forces in the Central African Republic since the latest wave of violence in the country began in December.

In a news release, UNICEF said it had clear evidence of continuing recruitment of children, and warned that such practices represent a grave violation of international law.

“Recruiting children is both morally unacceptable and prohibited under international law,” said UNICEF’s Representative in the country, Souleymane Diabaté. “We have called on the new leadership in CAR to ensure that all children associated with armed groups should be released immediately and protected from further violations.”

Diabaté said the new authorities in the capital, Bangui, have shown their intentions to identify and release children among the ranks of armed groups, and stressed that UNICEF is committed to working with them to ensure that new recruitments stop immediately and that child soldiers are returned to their families.

UNICEF underlined that the current tension, insecurity and a lack of access by humanitarian workers to large parts of the country means that children are at greater risk than ever. However, it noted that only 25 per cent of the funds required to respond to the crisis have been received so far.

At least 4.1 million people, almost half of whom are children, have been directly affected by the crisis. Since December, 1.2 million people have been cut off from essential services, and human rights violations have continued even after the Séléka rebel coalition seized power on 24 March.

In addition, more than 37,000 people have fled the country in the past four months due to the violence. Most displaced persons have found asylum in the Democratic Republic of the Congo (DRC), while other have gone to Chad and Cameroon.

The High Commissioner for Refugees António Guterres visited CAR refugees in a remote area of northern DRC, where his office (UNHCR) and its partners are providing assistance and protection.

“The needs of the refugees are significant, but access to the area is difficult,” UNHCR Spokesperson Melissa Fleming told reporters in Geneva. “We have been registering the refugees, distributing aid, setting up emergency shelters and working with partner organizations to provide health and education support.”

Fleming added that UNHCR is extremely concerned about regional stability, given the situation in eastern DRC and the crises in the CAR and Sudan’s Darfur region.