Posted on: July 19th, 2012 by AlYunaniya Staff No Comments

Over 80 countries have increased their domestic investments for AIDS 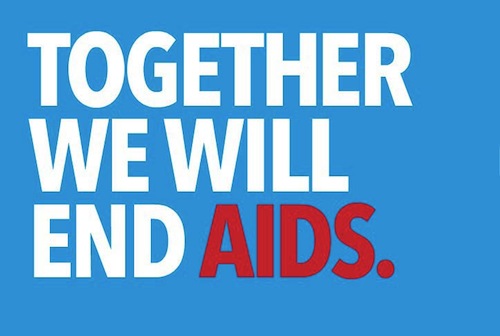 Ahead of the 19th International AIDS Conference next week, the United Nations launched a new report today that shows that a record eight million people are now receiving antiretroviral therapy, and that domestic funding for HIV has exceeded global investments.

The report, entitled ‘Together we will end AIDS,’ states that low- and middle-income countries invested $8.6 billion for the HIV/AIDS response in 2011, an increase of 11 per cent over 2010. International funding, meanwhile, remained flat at 2008 levels – $8.2 billion.

“This is an era of global solidarity and mutual accountability,” said Michel Sidibé, Executive Director of the Joint UN Programme on HIV/AIDS (UNAIDS), which produced the report.

“Countries most affected by the epidemic are taking ownership and demonstrating leadership in responding to HIV. However, it is not enough for international assistance to remain stable – it has to increase if we are to meet the 2015 goals,” he added.

Halting and beginning to reverse the spread of HIV and AIDS, as well as achieving universal access to treatment for the disease, are among the eight Millennium Development Goals (MDGs) world leaders have pledged to achieve by 2015.

Domestic public spending in sub-Saharan Africa, not including South Africa, increased by 97 per cent over the last five years. South Africa already spends more than 80 per cent from domestic sources and has quadrupled its domestic investments between 2006 and 2011.

BRICS countries (Brazil, Russia, India, China and South Africa) increased domestic public spending on HIV by more than 120 per cent between 2006 and 2011. BRICS countries now fund, on average, more than 75 per cent of their domestic AIDS responses, according to the report.

The report gives new data showing that an estimated 34.2 million people were living with HIV in 2011.

In 2010, UNAIDS reported that at least 56 countries had either stabilized or achieved significant declines in rates of new HIV infections. This trend has been maintained and new HIV infections have fallen by nearly 20 per cent in the last 10 years worldwide. New data shows that 2.5 million people were newly infected with HIV, 100,000 fewer than the 2.6 million new infections in 2010.

Also, some 4.9 million young people were living with HIV, 75 per cent of them in sub-Saharan Africa. Globally, young women between 15 and 24 years of age remain the most vulnerable to HIV, and an estimated 1.2 million women and girls were newly infected with HIV in 2011.

Sustaining the AIDS response will require strong country ownership and global solidarity, stresses the report. It also emphasises the need for investments to be sustainable and predictable and that countries must be able to mobilize and use resources effectively and efficiently.

“Every dollar spent on AIDS is an investment, not an expenditure,” said Sidibé. “We need to focus not only on achieving the 2015 targets but we need to look beyond and keep our sights set firmly on realizing our vision of zero new HIV infections, zero discrimination and zero AIDS-related deaths.”

Starting on Sunday, in Washington D.C., the 19th International AIDS Conference is expected to bring together leading scientists, public health experts, policy-makers and the HIV-affected community to translate recent scientific advances into action within the current context of global economic challenges.