Palestinian Airlines back in the sky 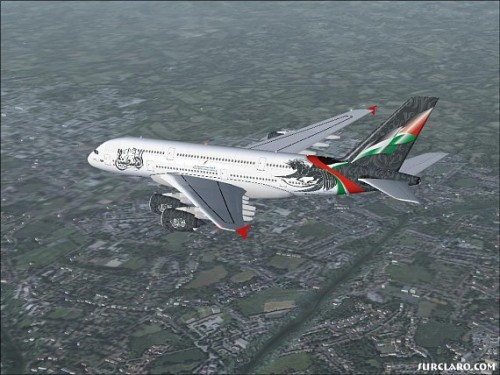 Palestinian Airlines which has seen its four-plane fleet grounded since 2005 has announced that it is resuming flights in an attempt to make life easier for Palestinians travelling from Gaza through the Rafah border crossing into Egypt.

The airline conducts flights twice a week between El Arish, a city on Egypt’s Sinai peninsula adjacent to the border with Gaza, and Marka airbase, located outside Jordan’s capital Amman, according to Reuters. This means that Gaza residents will no longer have to make the 250-mile (350 kilometers) trip to Cairo to travel by plane.

On Sunday, Palestinian Airlines carried 27 passengers on a flight that could have taken 35 minutes had it taken a direct route over Israel, but instead took twice that amount of time as it does not have permission to cross Israeli airspace, according to Reuters.

Founded in 1995, Palestinian Airlines once conducted flights from Gaza’s Yasser Arafat International Airport to different destinations in the Middle East. But it was forced to suspend operations from Gaza after Israel imposed restrictions on the airport and bombing it in 2001.

The restrictions accompanied an Israeli troop withdrawal from Gaza in 2005 and intensified with the capture of an Israeli soldier by Gaza militants (Hamas) a year later and since Hamas assumed power in Gaza in 2007.

Until last year, the vast majority of Gaza’s 1.7 million residents were locked inside the territory, in part because Egypt went along with Israel which kept its Rafah border terminal with Gaza closed., according to Reuters. But with Mubarak’s ouster last year, Gazans have gradually been allowed to enter Egypt to reach El Arish. After the ouster of Egyptian President Hosni Mubarak last year, Rafah gradually reopened and Gazans are now able to travel, though restrictions remain.

Flights to Jeddah are planned to start as soon as next week, if Saudi permission came through.Plans are also being made to serve pilgrims as the annual Hajj in Saudi Arabia, according to menafn.