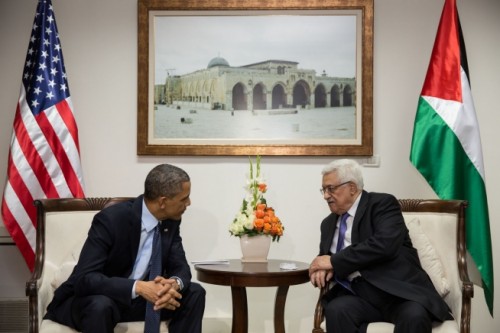 Those banned for “security reasons” included journalists who work for pro-Hamas media, but also journalists working for media close to the Palestinian Authority who have made critical remarks about the government in their reports or on social media.

IPI Deputy Director Anthony Mills said: “We are concerned by reports from Palestinian journalists that members of the media were denied access to an important official event because of their political affiliation or because they have been critical of Palestinian Authority officials and policies. We urge the President’s office to undertake an investigation into this matter and ensure that journalists for all media are given equal access in future.”

Journalists seeking to cover Obama’s meeting with Abbas and the press conference that followed were invited to apply for accreditation weeks ago, according to journalists and press officers from the American consulate and the Palestinian president’s office.

One correspondent, who did not wish to be named, said that he and his colleagues had applied for accreditation on time via a website set up by the PA for this purpose, and had received confirmation messages saying that they had successfully applied. But on Wednesday evening, the night before the Ramallah meeting, they were informed that they had been denied accreditation for security reasons.

Another photojournalist said he was surprised, because he has taken pictures hundreds of times in the Mukataa, the administrative district of the Palestinian Authority in Ramallah, which was behind security checkpoints for Obama’s visit on March 21.

In total, around 30 journalists were denied entry to the Mukataa, but the others didn’t get in as a result of bureaucratic, logistical problems, sources said.

By way of comparison, local journalists close to this issue said that 140 Palestinian journalists did receive accreditation, as did some 250 foreign journalists and six Israeli journalists.

President Mahmoud Abbas’ Foreign Press Secretary, Abdullah Erakat, denied to IPI that journalists were denied security clearance because of their work. “We opened the registration for everybody – not once, but twice. We did all we could do to get people to sign up,” he said. He acknowledged that some journalists didn’t get in as a result of technical mistakes – for example, some badges were not printed in time – and said he had “lost sleep” over this issue.

However, he categorically denied that there was any blacklist.

A number of journalists are now planning to write a letter of protest to President Mahmoud Abbas, asking him to ensure that this does not happen again, IPI was told.