Posted on: June 7th, 2012 by AlYunaniya Staff No Comments 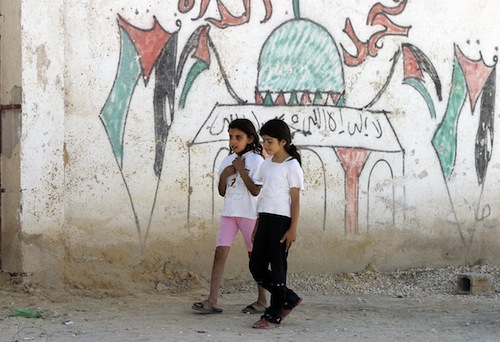 A top United Nations envoy today reiterated that all settlement construction in the occupied Palestinian territory represents a breach of international law, after the Israeli Government announced it will build 300 new units in the Beit El settlement.

“All settlement construction – whether on private Palestinian land or elsewhere in occupied Palestinian territory – is contrary to international law,” said a statement issued by the office of the UN Special Coordinator for the Middle East Peace Process, Robert Serry.

According to media reports, Prime Minister Benjamin Netanyahu ordered the construction of the new units hours after the parliament rejected a bill to legalize settlement outposts. Serry said the announcement is “deeply troubling” and reiterated his recent warning to the Security Council that “if the parties do not grasp the current opportunity, they should realize the implication is not merely slowing progress toward a two-State solution. Instead, we could be moving down the path toward a one-State reality, which would also move us further away from regional peace in the spirit of the Arab Peace Initiative.”

Meanwhile, the UN Relief and Works Agency for Palestine Refugees in the Near East (UNRWA) released a study in conjunction with the Applied Research Institute Jerusalem (ARIJ), describing the detrimental impact of the West Bank Barrier on the environment and Palestinian refugees.

The study targeted over 170 communities that have been directly affected as well as farmers owning land behind the Barrier. Land degradation, severe flooding and destruction of water sources are cited among the most devastating consequences of the Barrier, along with reductions in livestock due to limited grazing space, which significantly affect people’s livelihoods.

“The research presented today demonstrates once more that the Barrier not only has a devastating impact on Palestine refugees’ livelihoods, but also on the surrounding environment,” said the West Bank director of UNRWA operations, Felipe Sanchez.

The Israelis and the Palestinians have yet to resume direct negotiations since talks stalled in September 2010 after Israel refused to extend its freeze on settlement activity in the occupied Palestinian territory.

Negotiators from both sides began preparatory talks at the start of January in Amman, under the facilitation of King Abdullah II of Jordan and that country’s Foreign Minister, Nasser Judeh, with a view to a resumption of direct talks.