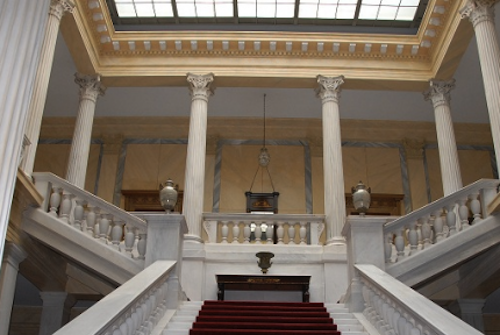 Greece will hold new elections after political leaders failed to find agreement on a coalition government on Tuesday, a spokesman for the Greek president said, Reuters writes.

A caretaker government to lead the country to new election polls will be appointed on Wednesday, according to the presidency spokesman. “We’re heading to elections,” the spokesman told reporters.

PASOK leader Evangelos Venizelos put the blame on “those who coldly put their narrow partisan interests above national interest.” “Greek people on May 6, told us that they do not want elections again, they want a coalition government,” said Venizelos. He added: “PASOK lost the elections on 6 May. This meant that could influence things less than before the election. But since the day after, we had a responsible attitude. We asked to undertake a common national endeavor. Unfortunately this was not accepted.”

Venizelos noted that PASOK adopted Democratic Left leader Kouvelis’ proposal for a national unity government for a 2-year duration with the participation of SYRIZA. “We believed that there was a basis for a consensus”, he said. “The country will find its way. We will struggle from a basis, which is unfavorable for PASOK. This will happen if Greek citizens make a right choice. Let’s move towards a better situation; for God’s sake let’s not do worse. ”

“My fellow Greeks, I did what I could,” said Democratic Left leader Fotis Kouvelis to reporters after the meeting. “Some are leading the country to elections, based on partisan interests”.

According to media reports, the political leaders’ meeting was quite intense. Later on, ND cadres associated failure of talks with the ambition of Independent Greeks’ leader Panos Kammenos to take over the Premiership. Sources said there were strong words between PASOK and SYRIZA leaders.

A few minutes ago, a Hellenic Presidency announcement said that during yesterday’s meeting between President of the Republic Karolos Papoulias and Independent Greeks leader Panos Kammenos, the latter handed a series of scenarios to the President, amongst which demands were expressed in order Kammenos to participate in a national unity government.