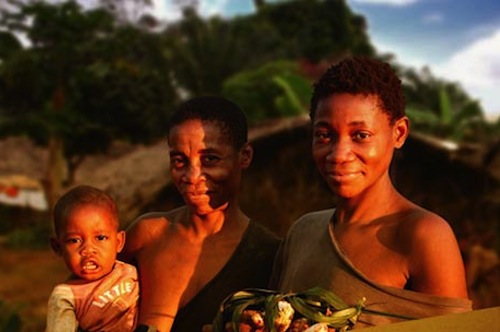 A United Nations official stressed that Africa has taken positive steps to protect the rights of indigenous people, adding that the continent must continue making progress and avoid repeating mistakes made by other regions.

“Africa has been consolidating and strengthening the legal framework protecting indigenous people,” Senior Specialist on Indigenous Tribal Peoples’ Issues for the International Labour Organization (ILO), Albert Kwokwo Barume, said at a Headquarters press conference being held in connection with the 12th session of the UN Permanent Forum on Indigenous Issues. .

“We have a large number of African countries that supported the UN Declaration [on the Rights of Indigenous Peoples],” he continued, noting countries implementing domestic laws, like Congo has done. In addition, the Central African Republic has become the first African member country of the ILO to ratify the agency’s Convention 169, which is a legally binding treaty which deals specifically with the rights of indigenous and tribal peoples, Mr. Barume said.

Adopted by the General Assembly in September 2007 after more than two decades of debate, the Declaration on the Rights of Indigenous Peoples sets out the individual and collective rights of those peoples, as well as their rights to culture, identity, language, employment, health, education and other issues.

Mr. Barume also noted that the African Commission on Human and People’s Rights has been “playing a leading role on indigenous people’s issues in Africa.” He underlined that the Commission had particularly helped to conceptualize what being ‘indigenous’ means in Africa, something that has been controversial in some countries.

“Today, that concept has a clear, well-defined, and non-controversial understanding,” he said.

Around 2,300 indigenous participants have gathered at UN Headquarters in New York to discuss culture, education and health during the 12th session of the United Nations Permanent Forum on Indigenous Issues. This year, the two-week forum will particularly focus on youth, indigenous groups in Africa and the importance of strengthening ties with international financial institutions.

“We have seen different attempts of trying to educate indigenous children, but indigenous people have the right to make the choices of the education they want to give their children because they have the right to self-determination,” he said. “In that sense, Africa must avoid making the same mistakes that other countries have made in the past.”

Also participating in the forum were the Legal Adviser to the President of the Republic of the Congo, Laurent Tengo and Simon William M’Viboudoulou, Member of the Permanent Forum on Indigenous Issues.

Responding to a number of questions, including one on visits of UN Special Rapporteur for Indigenous Peoples’ Rights James Anaya to Africa, in particular to Namibia, Mr. M’Viboudoulou said that, when Mr. Anaya had visited the Republic of Congo, the country had been in the process of establishing its laws on indigenous peoples. The State’s openness to dialogue had helped to improve the situation of its indigenous population, including implementing the Special Rapporteur’s recommendations.

“We all know the problems facing the indigenous people of Namibia”, he said of that particular visit. However, it was important to consider that accepting Mr. Anaya’s visit – and engaging in dialogue on the issue – showed political will on the part of the Namibian Government. He was confident that things would soon change for the San, one of that country’s indigenous groups.

Asked what was being done to educate mainstream populations about the rights of indigenous peoples, Mr. Tengo responded that there was a longstanding belief in many countries that indigenous people were part of the nation, and that there was no reason to take particular measures to protect them. The first challenge was to break away from that thinking.

The second challenge, he continued, was the state of underdevelopment that generated poverty and intolerance. Indigenous peoples lived mostly in poverty, and changing that would require the political courage to take proactive measures. In addition, indigenous peoples themselves needed to “take their destiny in their hands” and defend their own rights, he said.

On the same question, Mr. Barume stressed the need to address historical injustices against African indigenous peoples, in particular with regard to the annexation of land. Acknowledging those injustices was the first step, he underscored, as “you cannot correct a mistake that you do not first recognize”. It was also critical to legally address those wrongdoings, and then to implement laws and educate the mainstream community.