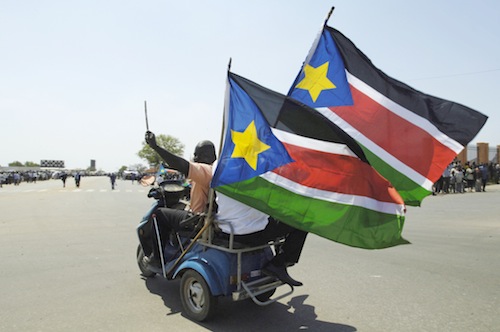 “Coming to an agreement on the status of nationals of each state and the demarcation of the common boundary is an important step forward and an encouraging manifestation of both parties’ spirit of cooperation and partnership,” said a statement issued by the spokesperson for Secretary-General Ban Ki-moon late yesterday. Also, a summit is planned between the President of Sudan, Omar al-Bashir, and his South Sudan counterpart, Salva Kiir, to sign the agreements.

Ban congratulated the African Union’s High-Level Implementation Panel, under the leadership of former South African President Thabo Mbeki, for its tireless efforts to conclude the negotiations between the two States.

Media reports earlier this week said that Sudan and South Sudan had signed an agreement that provides for free movement and residence of their citizens in each other’s territory.

South Sudan seceded from Sudan in July last year following a referendum on self-determination that capped the implementation of an agreement signed in 2005 to end decades of warfare between the north and the south.

However, the two countries continued to feud over several unresolved issues, including the delineation of the border, control of the disputed territory of Abyei, and more recently tariffs charged by Sudan on South Sudan for the use of a pipeline and port to export oil.