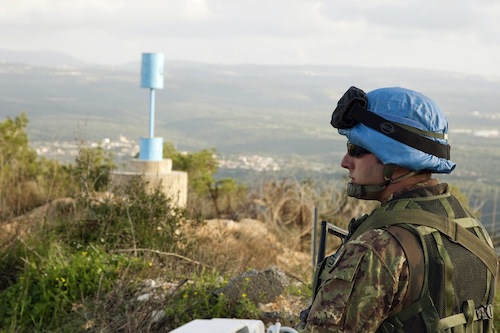 A senior United Nations envoy warned that the recent security incidents in Lebanon, including kidnappings and armed clashes, threaten the Government’s efforts to promote peace and development in the country.

The UN Deputy Special Coordinator for Lebanon, Robert Watkins, made the comments following a meeting in Beirut with the Minister of Interior, Marwan Charbel, with whom he had a “very detailed and lengthy discussion” about the situation in Lebanon, particularly the latest security-related developments.

“The United Nations has been following closely and with concern recent security incidents in the country, particularly the kidnappings targeting Syrian nationals and others in Lebanon as well as armed clashes that have been taking place in the past few days in Tripoli,” Watkins said in a statement following the meeting.

“I expressed deep regret for the unfortunate loss of life that was reported and the fact that the violence has continued in Tripoli,” he added. “All these incidents undermine the efforts that many in Lebanon have been exerting to promote peace, stability and long-term development.”

The envoy said the Government has an important role to play in ensuring the stability is preserved while all sides in the country should respect and not overstep the country’s state institutions.

He added that Lebanon cannot accept that there are actors who take the law into their own hands with impunity, and voiced support for the statements by the country’s leaders to bring those guilty of crimes to justice.

He also noted that the country has a “moral responsibility” to protect innocent people, including Syrian nationals, many of whom are in Lebanon as refugees seeking shelter from the violence in their own country.

Watkins will be meeting later this week Lebanese Prime Minister Najib Mikati and with other political and security representatives to continue following up on the latest developments.