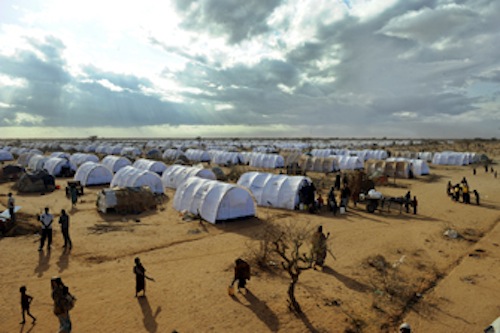 Around 80 journalists fled abroad in 2011 to escape the fate reserved for them by governments hostile to freedom of information. The exodus is continuing this year. Dozens of Syrian, Iranian, Somali and Eritrean journalists have had to flee their countries in the past six months, according to Reporters Without Borders.

Faced by the probability of imminent arrest, physical violence, harassment or even murder, these men and women have had to abandon family, friends and colleagues in a quest for greater security.

Because of a lack of funds or because they departed in haste, they often end up being stranded in neighbouring countries that are accessible to refugees but also to the agents of the governments they are fleeing. As a result, their safety is far from being assured in these countries of initial refuge.

Reporters Without Borders wrote to UN High Commissioner for Refugees Guterres on 30 May alerting him to the situation of refugee journalists in countries such as Turkey, Uganda and Kenya. Today, they released the letter and the recommendations it contains.

Reporters Without Borders call on UNHCR, the UN refugee agency, to establish an alert mechanism with a designated referral officer within each of its local offices so that cases involving refugee journalists and human rights activists can be identified and handled more quickly because they are particularly exposed to danger.

They also urge the High Commissioner to ensure that refugee journalists and human rights activists get better access to appropriate individual protection, to the emergency resettlement process and to the UN’s mechanism for temporary evacuation to a safe third country.

Finally, Reporters Without Borders is convinced that UN member states have a duty to help protect journalists who are forced to flee into exile because of their work. It therefore urges Guterres to publicly acknowledge that the UN’s traditional protection procedure is not appropriate for refugee journalists and human rights activists, who continue to be in danger in countries of initial refuge, and to urge member states to take the necessary action.

The latest version of the Guide for journalists who flee into exile, which Reporters Without Borders first published in 2009, contains some 30 pages of advice for refugee journalists about UNHCR protection procedures and seeking asylum in Europe and North America. Journalists who have had to flee their country will find information, tips and contacts that will help to guide and assist them during the long and difficult process of starting a new life.