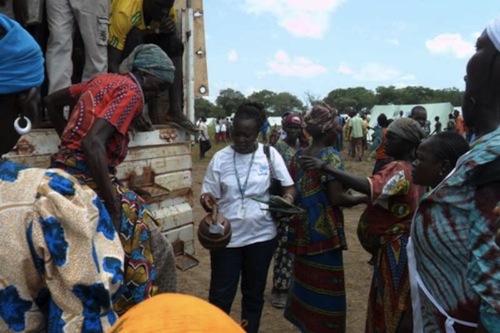 The United Nations announced Friday it has begun relocating Central African Republic (CAR) refugees living in southern Chad to a new site due to floods that have affected the camps hosting some 17,000 people.

In 2003 and 2008, thousands of people from CAR were forced to flee their homes because of political instability and armed conflict. Many of them have since been living in camps in the Chadian cities of Yaroungou and Moula, according to the Office of the UN High Commissioner for Refugees (UNHCR).

“Our hope is that the relocation will be a welcome break for the refugees of Yaroungou and Moula where heavy seasonal rains have been causing extensive damage over the past three years,” UNHCR’s chief spokesperson, Melissa Fleming, said in a press briefing in Geneva.

“In the Moula camp, some 260 hectares of farmland are currently flooded. At Yaroungou, the floods have destroyed 85 per cent of the maize and rice crops,” she added. “Stockpiles of food and seeds have also been wiped out as most of Chad is affected by flooding.”

Since Monday, when the operation started, UNHCR has moved 1,687 refugees in seven convoys to a new site in Paris-Sara. Ms. Fleming said the refugee agency is organizing convoys twice a day and expects to complete the relocation by the end of the month, assuming new rainfalls do not hamper movement.

According to UNHCR, Chad currently hosts more than 300,000 refugees settled in 18 camps. Twelve of the camps are in the country’s east and host some 260,000 Sudanese refugees originating from Darfur. The other six camps, in the south, house some 60,000 Central Africans. In addition to the refugees, there are 83,000 internally displaced Chadians staying in camps in the east and also receiving UNHCR assistance.

“Despite the immense humanitarian needs in Chad, it is one of our least-funded operations with only 25 per cent of our budget of $177 million received so far,” Fleming said.