Posted on: October 29th, 2012 by Romana Turina No Comments 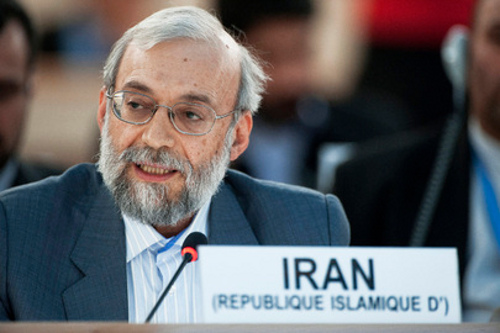 Jafar Panahi and Nasrin Sotoudeh have won the European Parliament’s Sakharov Prize for Freedom of Thought.

Lawyer and human rights activist Shirin Ebadi, who won the 2003 Nobel Peace Prize, told RFE/RL’s Radio Farda that the Sakharov Prize will shine a light on injustices in Iran.

“I congratulate Mr. Panahi and Ms. Sotoudeh,” she said. “This prize will draw public attention to violations of human rights in Iran. This prize highlights a lack of freedom of expression in Iran, and it also pays tribute to people who work for human rights.”

Jafar Panahi is a film director known for his humanistic portrayal of Iranian life in films like “The Circle,” “The White Balloon,” and “Offside.” After years of conflict with the Iranian government over the content of his films, in 2010 he was jailed and sentenced to a six-year term and a 20-year ban on working on films, giving interviews, and from leaving the country.

The regime charged him with “assembly and colluding with the intention to commit crimes against the country’s national security and propaganda against the Islamic Republic.”

European Parliament President Martin Schulz suggested that Panahi had clearly demonstrated the shortcomings of the current regime: “As in every good portrait,  Panahi’s films shows not only the merits but also the contradictions and the daily problems of Iranians,” he said. “State regimes clearly fear nothing more than the portrayal of the bitter reality that reigns inside their nations. And this is why people like Mr. Panahi are silenced in such regimes.”

Nasrin Sotoudeh became known as one of the most active human rights lawyers in Iran, representing Iranian opposition activists and politicians following the controversial June 2009 presidential election. She has gained international recognition for her defense of juveniles facing death sentences.

Sotoudeh was arrested in 2010 and sentenced to 11 years in jail for charges that included “activities against national security” and “propaganda against the regime.” She was also barred from practicing law for 20 years. The prison term and the ban have since been shortened to six and 10 years respectively.

Recently, she started a hunger strike to protest against the restrictions imposed on her family’s visits. Her husband and daughter are forbidden from leaving the country.

Mr. Schulz told the assembly in Strasbourg on October 26 that Sotoudeh deserved the award for her strong opposition to objectionable Iranian government practices.

“If the fight for freedom, if the fight for human rights, for human dignity, for freedom from torture and against the death sentence, for freedom of opinion and for justice in criminal proceedings is an attack on national security, then we support this person in her attack on the national security of a regime that does not respect any of these fundamental rights,” he said. “The prize for Mrs. Sotoudeh is a clear rejection of the regime in Iran.”

This is the first time the award has been given to Iranians. The imprisoned activists will probably be unable to make it to Strasbourg for the ceremony on December 12 to collect the 50,000 euro prize.