Sarkozy, Hollande set to compete in second round 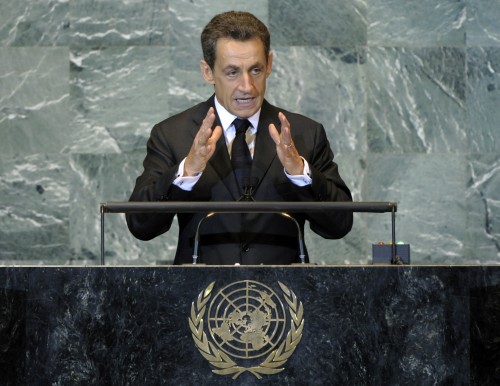 French President Nicolas Sarkozy, in office since 2007,and Socialist candidate Francois Hollande are set to go through the second round of France’s presidential poll with 25.5% and 28.4% of the vote respectively in Sunday’s first round, exit polls by French pollster Ipsos, showed.

This means that Hollande and Sarkozy advance to the second round on May 6.

The far right’s Marine Le Pen came third with a shocking 20% of the vote, stirring discussions.

The estimates based on votes counted in polling stations that closed early at 18:00 (16:00 GMT) were made public by French media when all voting ended at 20:00.

The number is considered quite high, but a little less than the incomparable 2007 turnout for the same time.

The second round on May 6 which will include a televised debate, will decide who will be France’s president for the next five years.

Over the past months, campaigning has concentrated on the economy as France confronts an unemployment rate of around 10%, its highest in 12 years, and a stagnant economy as the eurozone debt crisis continues.