Posted on: June 16th, 2012 by Mayowa Aderinto No Comments 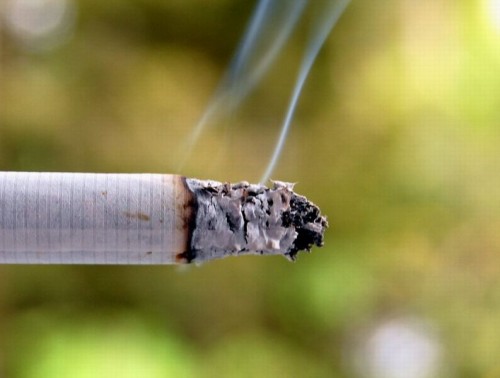 According to a study from China that followed people for nearly two decades, people frequently exposed to secondhand smoke may be in danger of dying from strokes and emphysema as well as from heart disease and lung cancer.

The findings, which appeared in the Medical Journal Chest, cannot definitively prove that secondhand smoke is the culprit, but the researchers were able to account for some other key factors, such as a person’s age, education, job, and blood pressure and cholesterol levels, Reuters reported.

The findings are based on 910 adults who were followed over 17 years. At the start, 44 percent said they lived with a smoker, while 53 percent said they inhaled secondhand smoke at work.Over the following years, 249 study participants died. The risks of death from heart disease, stroke, lung cancer and emphysema were all two to three times higher among people exposed to secondhand smoke. Among men, for example, 11 percent of the 271 men exposed to secondhand smoke died of strokes. That compared with 6.5 percent of the 168 men who lived and worked in smoke-free surroundings, according to Reuters.

The numbers of people who died of each specific cause were fairly small, which is a limitation.

However, Joanna Cohen, director of the Institute for Global Tobacco Control at Johns Hopkins Bloomberg School of Public Health, claims that the results support evidence that secondhand smoke may boost the risks of not only heart disease and certain cancers, but strokes and emphysema as well.

In the United States, the most recent Surgeon General’s report said there was “suggestive” evidence that secondhand smoke might boost people’s risk of stroke and emphysema – but the evidence was considered insufficient to say there was a “causal relationship”, Cohen noted.

“This type of study is important for adding to evidence of a causal relationship,” she said.

Cohen said it was “huge” that the information was coming from China.

“It’s the country with the most number of smokers,” she said, adding that it is trailing other nations in anti-smoking education and tobacco control.

Tobacco smoke contains more than 7,000 chemical compounds. More than 250 of these chemicals are known to be harmful, and at least 69 are known to cause cancer, writes cancer org.