Posted on: October 4th, 2012 by AlYunaniya Staff No Comments 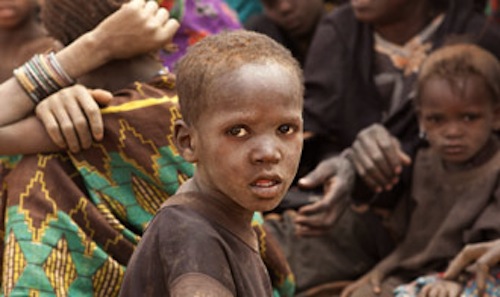 A senior United Nations official appealed for strengthened political will to help the world’s more than 42 million refugees, asylum-seekers, internally displaced and stateless people, amid a recent rise in new humanitarian emergencies in Africa and the Middle East.

Drawn-out displacement, insecurity, difficulties in helping acutely vulnerable people, funding shortages, and a ‘not in my backyard’ attitude are major current obstacles to quality protection, the Assistant High Commissioner for Protection, Erika Feller, of the Office of the UN High Commissioner for Refugees (UNHCR), told the annual meeting of the refugee agency’s governing Executive Committee in Geneva.

“UNHCR still has to make efforts to improve its own response. By the same token political will is not consistently enough behind protection. This is disturbingly evidenced in a prevailing attitude in a number of states to the effect: ‘Yes, we sympathize with your plight, but resolve it please elsewhere,’” she said.

UNHCR’s Executive Committee meets annually to review and approve the agency’s programmes and budget, advise on international protection and discuss a wide range of other issues with UNHCR and its intergovernmental and non-governmental partners.

In her remarks, Feller cited Mali – where Islamic militants have seized control of the north, imposing strict Sharia law and sending 260,000 refuges fleeing into neighbouring countries in a major humanitarian emergency for UNHCR – to highlight the difficulties involved in providing quality protection to individuals among the 700,000 worldwide who have become refugees so far this year.

In countries neighbouring Mali, she said, the proximity of refugees to the insecure border, physical difficulties in accessing and monitoring refugees spread across wide areas, tensions among different displaced groups and shortages of funds are combining to ensure that refugees get nothing more than basic life-saving help.

In such environments, she noted, preventing problems such as military recruitment of children, child labour or sexual exploitation of children is becoming more difficult.

While noting “very positive” efforts under way by states to collaborate on regional strategies to tackle these issues, Ms. Feller cautioned that regional cooperation is not an end in itself. “Its aims must include stronger national asylum systems, not their replacement, and for States to share more equitably the burdens and responsibilities of protecting refugees,” she said.

This year has so far seen mass displacement in areas of Africa and the Middle East, principally from conflicts in Syria, South Sudan and Sudan, Mali and the Democratic Republic of the Congo. People newly displaced in these areas are an addition to the 42.5 million refugees, internally displaced people and asylum-seekers globally.

Feller echoed a call made on Monday by the High Commissioner for Refugees, António Guterres, for states to do more to help those countries that host major refugee populations, including by supporting funding arrangements for the local integration of people who are unable to return home, and she cited the need for more resettlement places as a further solution. Globally, demand for resettlement places currently outstrips availability by a factor of 10 persons for each resettlement place available.

The UN official also underlined the need for more concerted action to reduce risks for specific vulnerable groups, including the growing numbers of unaccompanied refugee children worldwide, disabled people and people fleeing persecution because of their sexual orientation and gender identity. Displaced children lose access to education or end up being placed in immigration detention, and girls and women often have particular difficulties, she said.

“Situations of forced displacement are not gender neutral; they affect women and girls disproportionately. Exposure to rape, human trafficking, survival sex, in tandem with lack of documentation and exclusion from support and services, is commonplace,” she stressed, adding that UNHCR was working to fight impunity by strengthening its work in preventing sexual- or gender-based violence, and ensuring that justice is more accessible for victims.