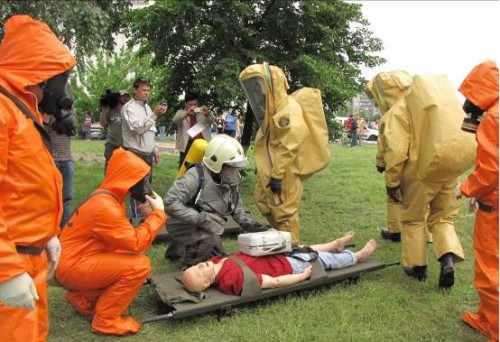 Secretary-General Ban Ki-moon has appointed Professor Ake Sellstrom of Sweden to head the United Nations fact-finding mission which will investigate allegations of the reported use of chemical weapons in Syria.

Mr. Sellstrom, currently a project manager at a Swedish research institute, is “an accomplished scientist with a solid background in disarmament and international security,” UN spokesperson Martin Nesirky told reporters in New York.

He has taught at universities in the United States and served as Director at the Swedish Defense and Security Research Institute (FOI). He has also served in several capacities with the UN, including as senior adviser to the chairs of the UN bodies dealing with the disarmament of Iraq.

Mr. Ban announced the investigation last Thursday, after receiving a formal request from the Syrian Government. He has also received a request from France and the United Kingdom to investigate several incidents of alleged use of chemical weapons in Syria.

“The terms of reference for the mission are being finalized in consultation with the Organization for the Prohibition of Chemical Weapons (OPCW) and the World Health Organization (WHO).

While the terms of reference are being finalized, work is already well under way so that the mission can be dispatched quickly,” said Mr. Nesirky.

The conflict in Syria, which has entered its third year, has already claimed over 70,000 lives and displaced more than three million people since the uprising against President al-Assad began in March 2011. Some 1.1 million people have also been forced to flee Syria and take refuge in neighbouring countries.

In a message sent to the League of Arab States summit in Doha, Qatar, Mr. Ban stressed the need to inject urgency towards reaching a political solution “while there is still time to prevent Syria’s destruction.”

“The goal is difficult, but clear: an end to violence, a clean break with the past, and a transition to a new Syria in which the rights of all communities are protected and the legitimate aspirations of all Syrians for freedom, dignity and justice are met,” he stated.