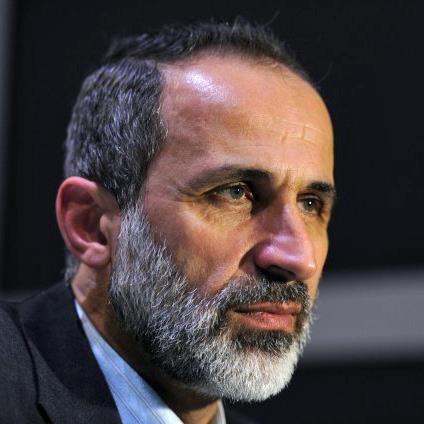 The Syrian National Coalition (SNC) has agreed to attend an international Meeting this week in Rome focused on the Syrian crisis.

The coalition’s leader Ahmed Moaz al-Khatib announced Monday on Facebook that his group will now attend the Friends of Syria meeting after consultations with its members and others, as well as based on remarks by senior diplomats from the United States and the UK.

U.S. Secretary of State John Kerry said in remarks in Berlin today that Syrian rebels should be given aid if President Bashar al- Assad refuses to join talks and goes on killing his own people.

Initially, the Syrian National Coalition threatened to boycott the Friends of Syria meeting to protest what it sees as a lack of effective action from the international community.

For his part, Syria’s foreign minister has said that his government is ready to hold talks with all parties, including armed rebels who want dialogue to end the crisis in the country .  Walid al-Muallem made the comments on Monday in Moscow before talks with his Russian counterpart Sergei Lavrov.

The unrest began in March 2011, when al-Assad’s government began a brutal crackdown on protesters calling for the ouster of president Bashar al-Assad.

The protest movement eventually evolved into an armed conflict, one that has cost the lives of more than 70,000 Syrians to flee to neighboring nations, according to the United Nations’ refugee agency.

Over an eight-week period from mid-December, 255,000 Syrians fled their country. Out of the 860,000 refugee total, Iraq, Jordan, Lebanon and Turkey are together sheltering 97 per cent of them.

Humanitarian agencies are trying to keep up with the rising needs. The World Food Programme is scaling up to meet the needs of 2.5 million people by April.