Posted on: June 2nd, 2012 by Kelly Baxevanakis No Comments

Tarek raps out his message – interview 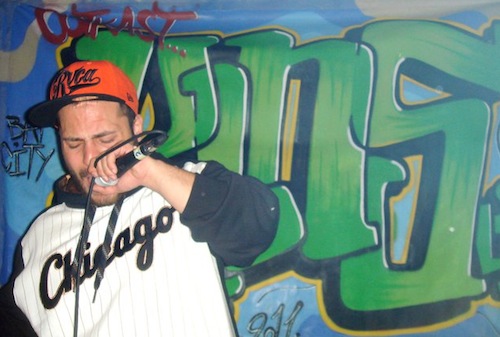 Tarek Helayil, also known by his stage name Tarek (real name, no gimmicks) has been part of the underground music scene since 2004. Being Arab from Iraqi and Palestinian descent has enforced his place in the multi-cultured group “Oukast Excellence”. Living in Greece since the tender age of eight months, Tarek has experienced what it means to be bi-cultural, through his ties to the Arab community and his identification with the Greek life style. Distinctively known for his ability to depict realistic views on war and global issues, Tarek is one of the few rappers out there today who are not afraid to speak the unspeakable.

What’s it like being Arab and a rapper in Greece?

Tarek: “It’s no different from being just Arab or just a rapper. The only difference is that by being a rapper you are more known and recognized, by people who listen to the kind of music that you make. Being Arab influences my way of talking, writing, thinking, beliefs and even the flow on the beat. Arabic also has a different tone and different breathing as well as tongue twisting words just like Greek. I guess I am used to both languages and English, so it came naturally to me on my music.”

What do politics mean to you?

Tarek: “Politics are intelligent stupid lies served to the people though brainwashing and propaganda. As a result people lose will, power and become dependent to their government, not knowing that it is not the politicians or the government who makes decisions but the funded companies that support them.”

How have the Middle East uprisings influenced your rap?

Tarek: “The Middle East has always been an issue. It influenced my rap by making me humble and making me understand that world problems as such should not be ignored. Being Palestinian I see a lot of what’s going on there and it pains me, even more when the majority of people do not know what Palestine stands for, but they know Israel.”

How has the situation in Greece influenced you?

Tarek: “Greek people are very angry with the politics of the country. They realized that the politicians don’t care …finally! Since I live here I have the same beliefs with the Greek people who have had enough, my lyrics reflect a lot on all this.”

What do you want to say to readers who are going to read this interview?

Tarek: “You can achieve anything and everything if you find your higher self, we are born as perfect individuals and in this world, the people who guide the human race hide our real identity. This will not stop. That is the goal after all. Open your eye(s).”

A taste of Tarek’s lyrics:

I’m living on this planet were towers fall down with dynamites (9/11)
Where sheep gathered and are dragged by their noses,
and the air you inhale at home is polluted.
Our life is made to be programmed, in cracked mould
Our mind is so powerful, but they hide this so well so we don’t know.
There is knowledge, that I don’t even begin to fantasize about
maybe the money got loved by many and brought hate
maybe I’d be writing different if I was a Croesus
maybe there isn’t a dilemma in this life, looking at the sunrise and get nourishment
maybe there wouldn’t be light in my written form
maybe there isn’t a search in demand
maybe you need to change your monologue into conversation
maybe that’s how you save every hope, in front of me look at what I see
I looked and I found sheep gathered on a ball “earth”
they look at your every movement as if you are a fish in a bowl
maybe we will be , because after all we are not free
maybe there is a future for the future
maybe there is a little more oxygen to breathe
Maybe something will exist that will touch you and be worth it.