Posted on: July 18th, 2012 by Dimitris Ioannou No Comments 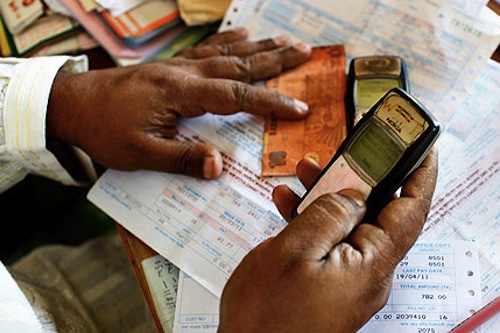 Around three-quarters of the world’s inhabitants now have access to a mobile phone and the mobile communications story is moving to a new level, which is not so much about the phone but how it is used, says a new report by the World Bank and infoDev, its technology entrepreneurship and innovation programme.

The number of mobile subscriptions in use worldwide, both pre-paid and post-paid, has grown from fewer than 1 billion in 2000 to over 6 billion now, of which nearly 5 billion are in developing countries. Ownership of multiple subscriptions is becoming increasingly common, suggesting that their number will soon exceed that of the human population.

The report, Information and Communications for Development 2012: Maximizing Mobile, says more than 30 billion mobile applications, or “apps,” were downloaded in 2011 – software that extends the capabilities of phones, for instance to become mobile wallets, navigational aids or price comparison tools.

This trend is also benefiting developing countries where people are increasingly using mobile phones to create new livelihoods and enhance their lifestyles, while governments are using them to improve service delivery and citizen feedback mechanisms.

She adds that the challenge now is “to enable people, businesses, and governments in developing countries to develop their own locally-relevant mobile applications so they can take full advantage of these opportunities.”

This new report, the third in the World Bank’s series on Information and Communication Technologies (ICTs) for Development, analyzes the growth and evolution of mobile telephony, and the rise of data-based services, including apps, delivered to handheld devices.

The report explores the consequences for development of the emerging “app economy,” especially in agriculture, health, financial services and government, and how it is changing approaches to entrepreneurship and employment.

For Tim Kelly, lead ICT policy specialist at the World Bank and one of the authors of the report, “The mobile revolution is right at the start of its growth curve: mobile devices are becoming cheaper and more powerful while networks are doubling in bandwidth roughly every 18 months and expanding into rural areas.”

“We have included the latest available data and indicators for the mobile sector for more than 150 economies in the report,” explains Shaida Badiee, director of the World Bank’s Development Data Group, adding that, “the spread of mobile phones means we now have data that can be used for cross-country comparisons.”

The report emphasizes the role of governments in enabling mobile application development. In the agriculture sector, for instance, many of the mobile services that are being developed – such as information services for Senegalese farmers or a traceability scheme for coffee-growers in Colombia – are reliant on public funding and are still in pilot stages.

“Government support is needed to develop sound business models, foster ICT skills, and ensure that the infrastructure is in place and affordable,” explains Kelly.