Posted on: February 9th, 2013 by AlYunaniya Staff No Comments 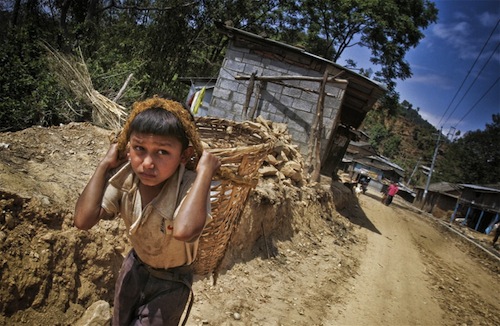 Ahead of an upcoming international meeting on forced labour, the United Nations released a new report highlighting the need for tougher efforts to prevent, identify and prosecute cases of forced labour which claim 21 million victims worldwide.

Forced labour includes people coerced into jobs which they cannot leave, trapped in debt bondage, trafficked for sexual exploitation and even born into slavery, according to the report by the International Labour Organization (ILO).

“While most countries have adopted legislation criminalizing forced labour, punishment is not always strong enough to act as a deterrent, in some cases amounting to fines or very short prison sentences,” the agency said in a press release.

Many forced labour victims work hidden from public view, on fishing vessels and construction sites, in commercial agriculture and in factories. Identifying these victims remains a major challenge. The ILO reported that some countries fail to sufficiently support labour inspections which allow cases of abuse or possible abuse to be found before degenerating into forced labour.

“Forced labour encompasses brick kiln workers trapped in a vicious cycle of debt, children trafficked for forced begging and domestic workers deceived about their conditions of work,” according to the report.

There are an estimated 5.5 million children under the age of 18 forced into labour, or about 26 per cent of the 21 million victims worldwide.

According to the report’s authors, “vestiges of slavery” still survive in some countries, where “conditions of slavery continue to be transmitted by birth to individuals who are compelled to work for their master without payment” to pay off inherited family debt.

Domestic workers, the majority of whom are women and girls, are often victims of abusive practices by employers, such as non-payment of wages, deprivation of liberty, and physical and sexual abuse.

Forced sexual exploitation affects about 4.5 million people or 21 per cent of forced labour, according to 2012 figures released in the report.

In some cases, the victims are children trafficked across borders and abused. The ILO warns trafficking of people could increase in the future as a result of unemployment and as workers search for jobs in foreign countries.

Youth are especially vulnerable as they increasingly face bleak job prospects, with almost 74 million people in the 15-to-24 age group unemployed around the world, translating into a 12.4 per cent unemployment rate, ILO said in its Global Employment Trends report released last month.

ILO’s report is being released ahead of a meeting set for next week in Geneva with experts on forced labour representing government, workers and employers. The meeting will focus on prevention, victim protection, including compensation and trafficking for labour exploitation, and will re-examine the ILO’s Forced Labour Convention and the Abolition of Forced Labour Convention.