Traditional values of humankind or a route to abuse? 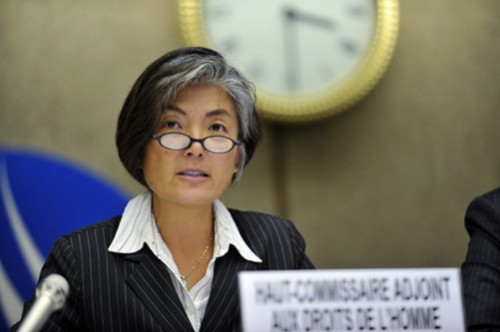 The U.N. Human Rights Council recently passed a resolution on “traditional values of humankind, and in spite of the egalitarian title its implications are sinister. It acts in defiance of the founding principles of universality and indivisibility held in the Universal Declaration of Human Rights, and it is a threat to the rights of women, lesbian, gay, bi-sexual and transgender (LGBT) people.

There have been more than one Russian-sponsored traditional values resolution adopted by the Human Rights Council. The second, in 2011, resulted in a draft study which was highly critical of “traditional values” as a framework, and criticised the concept as “subjective and unclear.” The third, adopted on September 27, confirmed traditional values as a legitimate framework for human rights.

The supporting idea which seems to have corroborated the resolution is that homosexuality is a moral issue and not a rights issue at all. What followed is the proliferation of laws in Eastern Europe and Central Asia which effectively curtain freedom of speech by clamping down on “homosexual propaganda” under the pretext of “protecting children.”

Laws are under discussion in Ukraine, Moldova, Lithuania, and Hungary. In March, St. Petersburg became one of the nine regions in Russia to adopt a law – restricted by the Supreme Court in October – , which explicitly merged homosexuality with paedophilia and outlaws. An act that created a distorted perception about social equality of traditional and non-traditional family relationships. Foreign Minister Sergei Lavrov justified the law by arguing that the human rights of LGBT people were nothing but an outside “appendage to the universal values.”

We can see what “traditional values” might be pointing at, but no one who has grown up in a precarious relationship to family or tradition will take references to the values they stand for as invariably good. Life within a family can bring productive socialization, but it can also bring violence and oppression. Tradition can give a sense of connectedness with the past, to something enduring, but it can also justify discrimination and abuse. Tradition has been used to justify forced marriage, virginity testing, honour crimes, family violence and marital rape. It is also used to justify the imprisonment of gay men and rape of lesbians.

The “traditional values resolution” seems a push-back against the incremental claims of women and LGBT people; and it is the latest in a series of resolutions that edge the Human Rights Council closer to a relativist position on human rights. Unfortunately, when it comes to human rights relativism can not be accepted.