Posted on: December 23rd, 2012 by Romana Turina No Comments

Troubles on granting access to Syrian refugees to EU territory 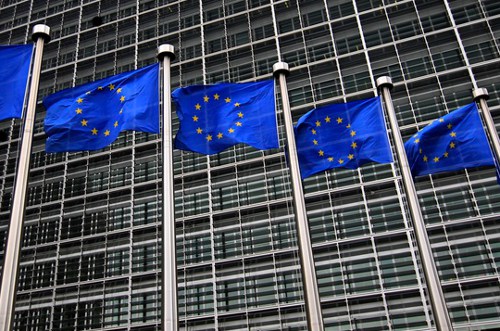 Between March 2011 and September 2012, 21,000 Syrians claimed asylum in the European Union. While some EU countries offer Syrians safety, in others, including Greece, they face detention, significant obstacles in getting protection, and even forced return, Human Rights Watch said.

“Syrians seeking asylum in the European Union face a protection lottery depending on which country they reach,” said Judith Sunderland, senior Western Europe researcher at Human Rights Watch. “The EU should make sure that Syrian refugees and others who need protection can find a safe haven in all EU member states just as they have in countries bordering Syria.”

On December 17, 2012, 11 young Syrian men managed to swim to shore after being cast overboard by smugglers near the Greek island of Crete. Since September, at least 82 people, including Syrians, have died in two shipwrecks off the coast of Turkey in attempts to reach Greece.

The EU has not agreed to a common approach to Syrians fleeing the conflict and Human Rights Watch research indicates a patchy record for EU member states. Germany and Sweden, which have received most Syrian asylum claims, automatically grant some form of protection to Syrians. But in Greece, where almost 10,000 Syrians are known to have entered since 2011, only six have obtained some form of protection.

In countries such as Belgium, Bulgaria, Cyprus, and Greece, Syrians are subject to immigration detention that can last from a few days to several months. Most EU states have frozen deportations of Syrians, but Greece has deported Syrians and the UK has attempted to. Syrians are also being transferred between EU countries under the Dublin II regulation, which permits EU countries to send asylum seekers back to the first EU country they entered, possibly delaying their access to protection.

“First, they [the EU] have to end what is happening in Syria and second, they have to look at us in Greece because we are suffering,” Amine S., a 23-year-old Syrian who defected from the army, told Human Rights Watch. Greek border guards detained Amine S. for 40 days after he crossed the Evros river at the Greece-Turkey border in November 2011. The Greek authorities have blocked his access to asylum procedures and he remains undocumented and in limbo.

All EU member states should follow binding European Commission directives and ensure harmonized procedures, including for lodging asylum claims. They should have common standards to qualify for protection, including subsidiary protection based on indiscriminate violence arising from armed conflict in Syria. All EU member states should also follow binding EU directives that establish common reception standards, including ending routine detention of Syrian asylum seekers.

If the EU were to invoke the Temporary Protection Directive in relation to Syria, all Syrians would be granted a residence permit for the entire duration of the protection period, giving them work authorization, access to accommodation, and medical treatment. The mechanism would also encourage EU member states to resettle beneficiaries from other member states where reception capacity is overwhelmed.

Most Syrians who have fled the conflict remain in the region, with half a million displaced people living in camps and other arrangements in Turkey, Jordan, Lebanon, Iraq, and North Africa. The EU and its member states have provided over 400 million Euros in humanitarian support. On December 20, the European Commission announced a new 21 million Euro aid package for Syrians in Lebanon and Jordan.

“Generous support to help displaced Syrians in neighboring countries is greatly needed but it isn’t a substitute for providing protection here in Europe,” Sunderland said. “It’s high time the EU adopted a coordinated response to ensure Syrians can find safety.”