Posted on: April 9th, 2012 by Dr. Demetris Kamaras No Comments

Truth in the conflict zone – opinion 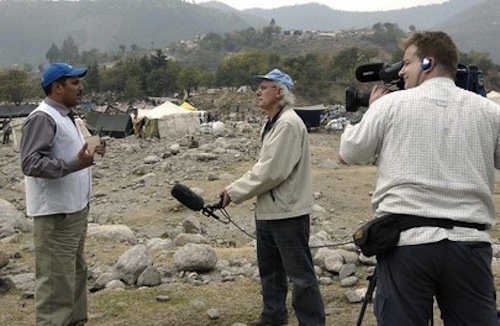 The problems journalists and news organisations face in covering international conflict have mostly to do with the editorial beliefs and values media foster in their output. In a free-war zone, media are obliged to come up with the justification of their policies and respect actual events. Another thing that is relevant are restrictions everybody, either the military or guerrilla forces apply on the process of newsgathering.

In theatres of war or civil conflict, sources play a prominent role as regards media coverage. News organisations tend regularly to seek official sources and to rely heavily on them for their output. Edward S. Herman, an old friend of Chomsky’s has argued: “The more authoritarian and credible the source the easier it is to accept statements without checking, and the less expensive is news-making”. Lots of case studies have verified the accuracy of Herman’s argument; a major one has the first Persian Gulf War, during which the US government played the role of the dominant source for mainstream media. The well-known “pool” system was later on replaced by the complicated, but highly effective embedded system in the second Iraq campaign.

All these have happened before the explosion of social networks and citizen “journalism”. Nowadays, once upon a time advanced communication technologies that allowed the global audience to watch a real-time broadcasting of events during the Persian Gulf War, are now replaced by Skype. Peter Arnett, who was risking his life in the terraces of Bagdad, was succeeded by young people who run on the streets of Homs, Cairo or Tripolis holding a smartphone that shoots footage immediately uploaded on Youtube.

Digital technology makes things possible, undermining any kind of political or military attempts to control the free flow of information. Any way we call it, “amateur” or “citizen journalism”, the power of first hand reporting makes words and images go viral in no time. When people start “liking”, “retweeting”, “sharing” or forwarding material, nothing can stop information reaching a global audience.

What is important in cases like these is to depict the truth, not propaganda, mainstream or “amateur”.