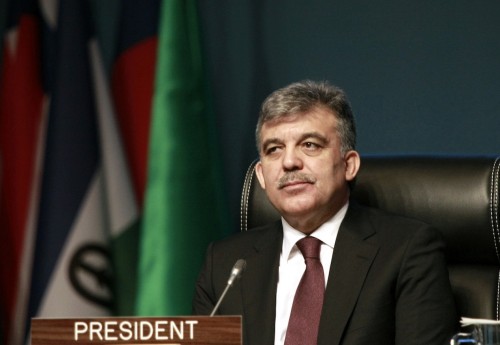 “When you take in to account the speeds at which jet planes travel over the sea, it is routine for planes to go in and out of borders,” he was quoted as saying by Anatolia.

However, Turkish President Abdullah Gul said today it was not possible to ignore the fact that Syria had shot down a Turkish fighter jet and said everything that needed to be done following the incident would be done, according to Hurriyet daily news.

“It is not possible to cover something like this up. Whatever needs to be done will be done, without a doubt,” he said.

Gul also said Ankara had been in contact with Damascus and that an operation to search for the plane and missing pilots was still under way.