Posted on: November 3rd, 2012 by AlYunaniya Staff No Comments 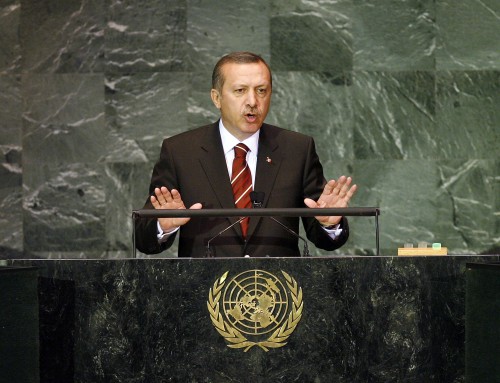 Prime Minister Recep Tayyip Erdogan of Turkey said on Friday that he planned to visit the Gaza Strip soon, according to Turkish media.

Mr. Erdogan, who twice last year scheduled and then canceled visits to Gaza, did not give any further details about when he planned to visit Gaza, which he mentioned to reporters traveling with him on a plane to Ankara, according to Today’s Zaman.

Mr. Erdogan’s comments came a few days after the emir of Qatar became the first head of state to visit Gaza since Hamas seized control in 2007, pledging $400 million for development projects.

The crown prince of Bahrain was also scheduled to visit the Palestinian enclave on last week but canceled at the last minute to avoid political repercussions, according to Arab news media.

Meanwhile, the United States on Friday voiced opposition to a planned visit to Gaza by Turkish Prime Minister Recep Tayyip Erdogan, calling it a move that undermines peace and security in the region, Xinhua news reported.

State Department spokeswoman Victoria Nuland said that Hamas, which seized power in Gaza in 2007, remains “a destabilizing force ” in the strip and the region.

Nuland said Washington would have conversations with Turkey, a NATO ally, to “try to get a better understanding of what’s intended ” in the planned trip.

The U.S. and Israel see Hamas as a terrorist organization.

Erdogan has reiterated that reconciliation between Turkey and Israel was conditional on the lifting of the Gaza blockade.

Bilateral relations between Ankara and Tel Aviv collapsed in May 2010 after Israel killed nine Turkish citizens on board an aid flotilla trying to break the blockade on Gaza.

The Turkish premier says ties will not be restored until Israel apologizes for the incident, compensates the families of the victims and lifts its siege of Gaza.