UIndy Athens to shut down undergraduate, most graduate programs 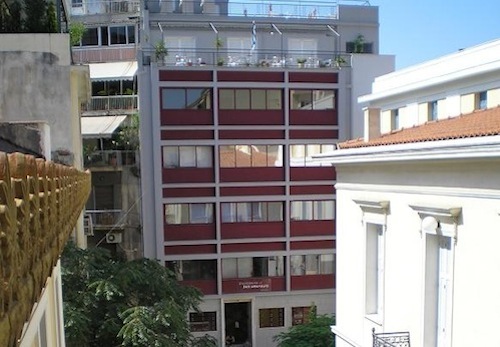 Uindy Athens, a subsidiary of the University of Indianapolis has ceased admitting new students, as all undergraduate programs and most graduate programs on the campus will be terminated after August 31 of this year as a result of continued economic turmoil, the university announced Wednesday.

The Board of Indianapolis Athens College and its holding company, UIndy International, LLC, have decided to discontinue all undergraduate and graduate academic programs with the exception of the Master of Business Administration (MBA) cohort programme that is provided under special contract. According to an announcement, UIndy Athens will continue to seek to develop similar contract-based programmes.

The college is set to establish a Transfer and Counseling Center, in the building on St Ypatias in central Athens for current students on the Athens campus who have not completed their degree programs. Counselors will help students transition and have offered them options that include online courses or transferring to the Indianapolis campus.

According to a message e-mailed to university staff, faculty members and students by Robert L. Manuel, President of the University of Indianapolis, “the Indianapolis Athens College plans to continue operations in Greece by offering the Master of Business Administration cohort program, and to use it as a model for developing new programs in rebuilding the Athens Campus presence in Greece… This decision to reevaluate the breadth of programs we offer has been difficult because of all of the good work of our faculty and staff over the years.”

Greece is in its sixth year of recession. It  has been kept afloat by rescue loans from European partners and the International Monetary Fund in exchange for harsh austerity measures.