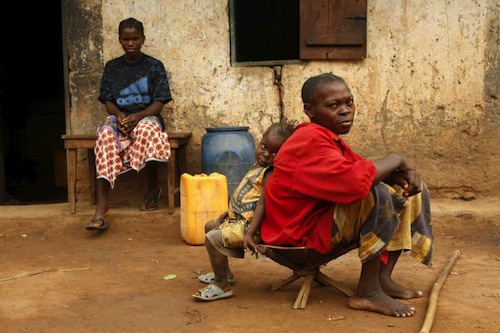 A group of United Nations independent experts warned that the rule of law in the Central African Republic (CAR) is “almost non-existent” as abuses of power and human rights violations have become pervasive in the country.

“We are seriously concerned over reported acts of killings, torture, arbitrary detention, gender-based violence, enforced disappearances, ‘mob justice’ and the pervasive climate of insecurity and the absence of the rule of law which have prevailed in the country in the last five months,” the human rights experts said, urging authorities to take immediate steps to put an end to all human rights violations and ensure there is no impunity for the perpetrators.

Violence erupted this past December in CAR – which has been marked by decades of instability and fighting – when the Séléka rebel coalition launched a series of attacks. A peace agreement was reached in January, but the rebels again seized the capital, Bangui, in March, forcing President François Bozizé to flee. At present, CAR is governed by a National Transitional Council headed by Michel Djotodia and a transitional government formed in June.

“There have been a number of killings, sometimes in retaliation for incidents of ‘mob justice’ against members of the Séléka coalition. Some 46 cases are allegedly documented,” said the Special Rapporteur on extrajudicial, summary or arbitrary executions, Christof Heyns. “I call for a thorough, transparent and independent investigation of all suspected cases of arbitrary executions to identify and bring to justice those responsible.”

Rashida Manjoo, the Special Rapporteur on violence against women, stressed that there have been numerous cases of sexual abuse and rape reported in all of the localities that Séléka combatants have passed through.

“The State has a responsibility to exercise due diligence to prevent, investigate and punish acts of violence against women, whether those acts are perpetrated by the State or by private persons,” Ms. Manjoo said. “Women and girls must be provided with access to medical, psychological, social and other assistance as well as to effective mechanisms of justice and to just and effective remedies for the harm that they have suffered.”

The UN Working Group on Enforced Disappearances said it had also received allegations that a number of civilians as well as officers and soldiers of the official army (FACA) had been abducted by armed Séléka groups. On 14 April, a staff sergeant of the amphibious battalion and a first class soldier of the ex-presidential guard were reportedly arrested and brought to an unknown destination.

“Any act of enforced disappearance is an offence to human dignity and no circumstances whatsoever may be invoked to justify this heinous crime,” the Working Group underscored.

Special rapporteurs are appointed by the Council to examine and report back on a country situation or a specific human rights theme. The positions are honorary and the experts are not UN staff, nor are they paid for their work.