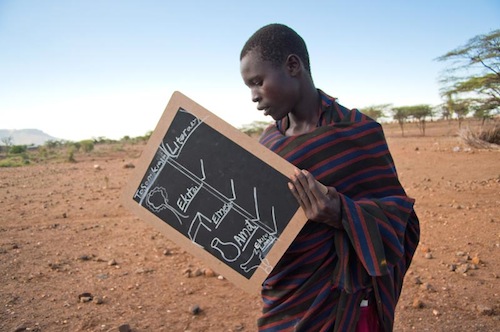 United Nations officials have stressed the importance of literacy in accelerating peace and development, calling for greater efforts to enable children, youth and adults to read, write and transform their lives.

This year’s International Literacy Day, observed annually on 8 September, hard a special focus on the fundamental relationship between literacy and peace.

“We must not allow conflict to deprive children and adults of the crucial opportunity of literacy. Literacy is a fundamental human right, and the foundation of all education and lifelong learning,” the Director-General of the UN Educational, Scientific and Cultural Organization (UNESCO), Irina Bokova, said in her message for the Day, which the agency has been marking for more than four decades.

She added that literacy transforms the lives of people, allowing them to make informed choices and empowering them individuals to become agents of change.

“Lasting peace depends on the development of literate citizenship and access to education for all. Amidst political upheaval and escalating violence in many parts of the world, literacy must be a priority in the peace-building agenda of all nations,” she stated. Peace and sustainable development are interdependent, and it is crucial for the two to develop and strengthen simultaneously, Bokova continued.

“Literacy is also a development accelerator, enabling societies to grow more inclusively and sustainably,” she noted. “Literacy programmes can become a key component of future development strategies, opening new opportunities and skills for all.”

This year marked the end of the UN Literacy Decade, proclaimed in 2002 to galvanize government action worldwide against illiteracy. Over the decade, and despite considerable effort and some major achievements, 775 million people are still considered non-literate, of whom 85 per cent live in 41 countries.

As part of the celebrations for the Day, UNESCO has brought together representatives from these 41 countries to examine the lessons learned over the decade and identify ways of accelerating progress to meet the Education for All (EFA) goals established by the world’s governments in 2000 for a 50 per cent improvement in literacy levels worldwide by 2015.

The EFA goals are made up expanding early childhood care and education, providing free and compulsory primary education for all, promoting learning and life skills for young people and adults, increasing adult literacy, achieving gender parity and improving the quality of education.

Secretary-General Ban Ki-moon, in his message for the Day, said the global movement for education needs a big push, and that is why he will be launching a new Education First initiative later this month.

The initiative focuses on three priorities: putting every child in school, improving the quality of learning and fostering global citizenship.

“I call on world leaders and all involved with education to join this initiative. The cost of leaving millions of children and young people on the margins of society is far greater than the funds required to reach the international goals for education,” he stated.

“Ask any parent what they want for their children, even in war zones and disaster areas where food, medicine and shelter might be considered the highest priorities, and the answer is the same: education for children. Ask any child what he or she wishes to be when they grow up, and the answer is rooted in education. Education is the gateway to fulfilling those aspirations.

“A literate world is a more peaceful world, and a more harmonious and healthy world,” Mr. Ban added. “On this observance of International Literacy Day, let us pledge to join together to move the literacy agenda forward.”

Other events taking place at UNESCO’s Paris headquarters include the award ceremony for the 2012 UNESCO literacy prizes, and the nomination of singer and songwriter A’salfo as a Goodwill Ambassador to contribute to the agency’s efforts to fight against exclusion, discrimination and injustice.