Posted on: December 3rd, 2012 by Tina Michalitsis No Comments 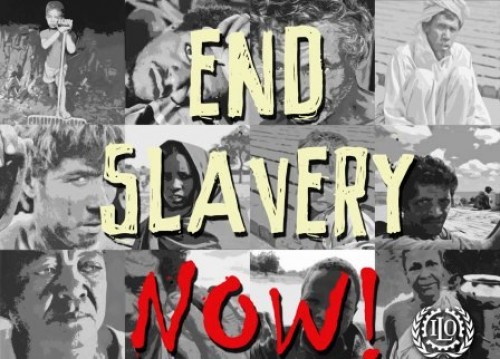 The 21st century has seen the rise of new forms of slavery, Secretary-General Ban Ki-moon warned yesterday in a message to mark the International Day for the Abolition of Slavery, in which he also urged Member States to increase their efforts in the fight against the dehumanizing scourge.

In his statement marking the Day, celebrated each year on 2 December, Ban noted that despite the approval of the Slavery Convention 85 years ago in which signatories vowed to prevent and suppress the slave trade, the practice had acquired new manifestations as it adapted to an ever-changing world.

“The movement against slavery brought together the international community to declare that slavery practices constitute an affront to our common humanity and that no human being should be another’s property,” stated Ban.

The International Day for the Abolition of Slavery marks the date of the adoption by the General Assembly of the UN Convention for the Suppression of the Traffic in Persons and of the Exploitation of the Prostitution of Others on 2 December 1949.

The Day’s focus is on eradicating contemporary forms of slavery, such as debt bondage, serfdom and forced labour; trafficking of persons and trafficking for the purpose of organ removal; sexual exploitation, the worst forms of child labour, and the forced recruitment of children for use in armed conflict, but also forced marriage, the sale of wives, widow inheritance.

According to the UN International Labour Organization (ILO), some 21 million women, men and children are currently trapped in slavery all over the world.

Pointing to the UN Voluntary Trust Fund on Contemporary Forms of Slavery, the Secretary-General acknowledged that the UN already boasted “important tools” to advance the goal of slavery’s eradication but that maintaining adequate financing was difficult.

“Over the past two decades, the Fund has assisted tens of thousands of victims of slavery in more than 90 countries. Yet the fund is in dire need of funding to fulfill its mandate and respond to the growing need,” Ban said as he appealed for governments and private enterprises to funnel investments into the Fund’s activities.

“Together, let us do our utmost for the millions of victims throughout the world who are held in slavery and deprives of their human rights and dignity,” the UN chief stated.

Drawing a particular emphasis on the nexus between bondage and forced marriage, the UN independent expert on contemporary forms of slavery, Gulnara Shahinian, also called for greater anti-slavery legislation, including the criminalization of all servile marriages.

The UN expert noted that women in servile marriages frequently experience human rights violations, such as domestic servitude and sexual slavery, and often suffer from violations to their right to health, education, non-discrimination and freedom from physical, psychological and sexual violence.

She added, however, that solely focusing on the criminalization of servile marriages would not succeed in effectively combating the problem.

“Such legislation should go hand in hand with community programmes to help detect, provide advice, rehabilitation, education and shelter where necessary,” the statement continued. “Public awareness raising campaigns should be implemented to highlight the nature and harm caused by forced and early marriages.”