UN to give 15 million people access to HIV antiretroviral treatment 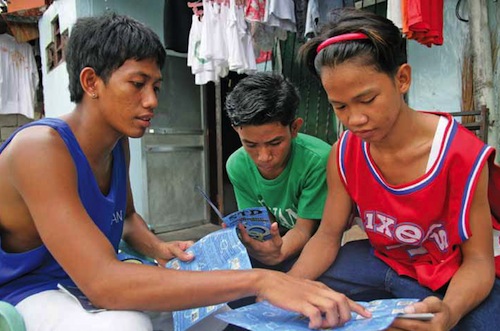 The United Nations launched a new framework which seeks to give 15 million people with HIV/AIDS access to antiretroviral treatment by the year 2015.

The framework, entitled Treatment 2015, offers countries and partners practical and innovative ways to increase the number of people accessing antiretroviral medicines that will enable those living with HIV to live longer and healthier lives, as well as help prevent new infections.

“Reaching the 2015 target will be a critical milestone,” said Michel Sidibé, the Executive Director of the Joint UN Programme on HIV/AIDS (UNAIDS). “Countries and partners need to urgently and strategically invest resources and efforts to ensure that everyone has access to HIV prevention and treatment services.”

Treatment 2015 takes into account the new consolidated guidelines on the use of antiretroviral drugs for treating and preventing HIV infection released last month by the World Health Organization (WHO), which recommend that people living with HIV start antiretroviral therapy (ART) much earlier.

“The scale up of ART is an unprecedented global success story for public health,” said WHO Director-General Margaret Chan. “Maintaining this momentum will require earlier treatment and innovative ways for enabling more people to take the medicine such as the one-pill daily regimen recommended by the new WHO guidelines.”

According to UNAIDS, nearly 10 million people living with HIV were accessing antiretroviral treatment last year, and the target to reach 15 million is a push to achieve the Millennium Development Goal (MDG) that seeks to have halted and begun the spread of HIV/AIDS by the 2015 deadline.

However, the report notes that 30 countries account for 9 out of 10 people who are eligible for antiretroviral therapy but who do not have access.

The new strategy emphasizes the importance of HIV testing and counselling as a gateway to expand access to antiretroviral therapy in these 30 countries, and outlines three pillars essential to reaching the 2015 target which consist of: increasing demand for HIV testing and treatment services; mobilizing resources and improving the efficiency and effectiveness of spending, and ensuring more people have access to antiretroviral therapy.

In addition, the framework highlights that community testing campaigns have proven to be particularly effective in countries like Kenya, Malawi, South Africa, Uganda, Tanzania and Zambia.

“Community health workers have the capacity to provide almost 40 per cent of HIV service-related tasks,” UNAIDS said in a news release, adding that HIV testing and treatment services need to be decentralized to promote easier access, and underserved populations need to be targeted to receive access to this life-saving treatment.