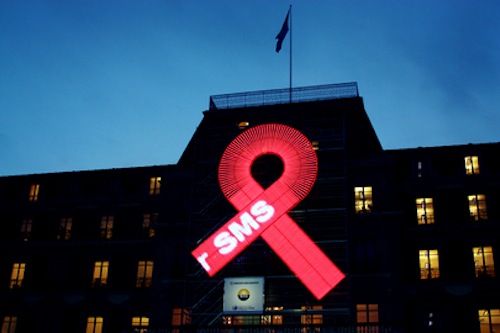 United Nations officials have called for a renewed commitment to tackle HIV/AIDS and end the epidemic once and for all, as over 20,000 delegates from all over the world gathered in the United States capital for the XIX International AIDS Conference.

“This conference will stand as a historic milestone on our journey to end this epidemic,” the Executive Director of the Joint UN Programme on HIV/AIDS (UNAIDS), Michel Sidibé, said as the conference opened in Washington, D.C. yesterday. “We are entering a new era in the AIDS response.”

Delegates will spend the next few days participating in a series of discussions focusing on mobilizing governments and communities to achieve the vision of zero new HIV infections, zero discrimination and zero AIDS-related deaths.

In his remarks, Sidibé highlighted the challenges and opportunities that lie ahead in getting to zero. “For the first time, we have more people on treatment than people who need treatment. We have broken the trajectory on new infections, with a worldwide decline of 20 per cent since 2001, and mortality is also declining,” he said.

“Yet, in these times of unprecedented political, financial, economic and social crisis, I am scared for the future of global solidarity,” he added. “From many places in the developed world I am hearing, ‘We cannot afford to keep our promises. We have our own problems at home.’ My response is simple: We know how to get to zero. All that can stop us now is indecision and lack of courage.”

The Conference’s theme, ‘Turning the tide together,’ reflects what is considered to be a unique moment in the history of the HIV epidemic, according to a news release issued by UNAIDS.

It is believed that by acting decisively on recent scientific advances in HIV treatment and biomedical prevention, building momentum for an HIV cure, and harnessing the evidence of the ability to scale-up key interventions in the most-needed settings, an end to the epidemic is now within reach.

“This week you can help to turn the tide. Let us start the end of AIDS – now,” Secretary-General Ban Ki-moon said in a video message to conference.

Ban recalled that one year ago, the UN General Assembly set ambitious targets for 2015: to cut new infections by half; to expand treatment to 15 million people; and to ensure that no child is born with HIV. “We can achieve these targets if we refocus, re-energize our mission and invest more resources,” said the Secretary-General.