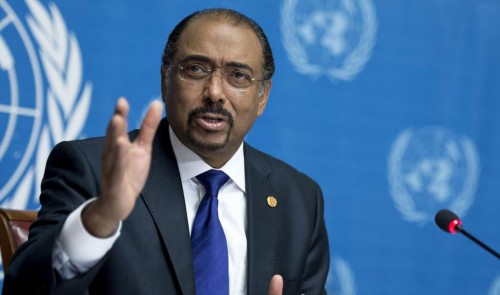 The Joint United Nations Programme on HIV/AIDS (UNAIDS) today welcomed the news that a baby treated in the United States with antiretroviral drugs during the first months of her life appears to be functionally cured of the disease.

“This news gives us great hope that a cure for HIV in children is possible and could bring us one step closer to an AIDS-free generation,” said UNAIDS Executive Director Michel Sidibé. “This also underscores the need for research and innovation especially in the area of early diagnostics.”

According to researchers, the mother was living with HIV at the time of the baby’s birth and had not received antiretroviral medication or prenatal care. The child was born prematurely in July 2010 in the state of Mississippi and due to the high risk of exposure to HIV, received a triple therapy regimen of antiretroviral drugs 30 hours after her birth and continued treatment until she was 18 months of age.

When the child, now two and a half years old, was seen by professionals about half a year later, blood samples revealed undetectable HIV levels and no HIV-specific antibodies.

If the findings are confirmed, it would be the first well-documented case of an HIV-positive child who appears to have no detectable levels of the virus despite stopping HIV treatment.

While the toddler continues to thrive without antiretroviral therapy, UNAIDS cautioned that more studies need to be conducted to understand the outcomes and whether the current findings can be replicated.

According to the World Health Organization (WHO) and the UN Children’s Fund (UNICEF), 330,000 children were newly infected with HIV in 2011 and at the end of the year, only 28 per cent of children under the age of 15 living with HIV were on HIV treatment, compared to 54 per cent of eligible adults.

Data also shows that just 28 per cent of HIV-exposed babies were tested for this disease within six weeks of birth in 2010 due to the high costs of early diagnostics and limited access to services and medicines.

In 2011, UNAIDS and its partners launched a global plan for the elimination of new HIV infections among children by 2015 and keeping their mothers alive. Significant progress has been made and continued support and research is needed, the agency said in a news release.