Posted on: June 8th, 2012 by AlYunaniya Staff No Comments

Unemployment in Greece continues to shoot up 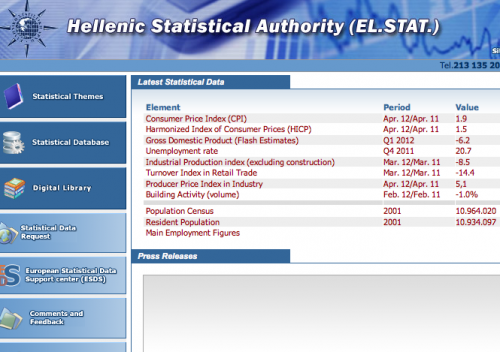 Greece’s unemployment rate continues to shoot up as the official figure for March announced on Thursday by Greece’s statistics agency, ELSTAT, amounts to 21.9 percent, rising by 37.8 per cent in March compared with the same month in 2011 and higher than February’s 21.4 percent.

Greece has been entered its fifth year of recession, and has been relying on billions of euros in international rescue loans from other eurozone countries and the International Monetary Fund since May 2010. In return, austerity measure and  major tax hikes have been imposed, deepening the country’s recession.

Unemployment in Greece is almost twice the average jobless rate in the 17 countries sharing the euro, according to Reuters.