Unidentified drone shot down by Israel 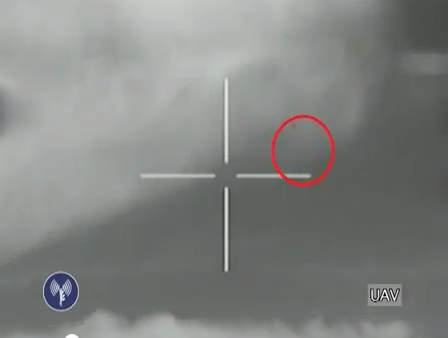 An unidentified aircraft that was shot down by Israeli air force after it crossed into southern Israel Saturday, a military spokesman said.

It’s not clear where the drone came from, reports the Associated Press.  Israeli media reports suggest the drone was apparently launched from Lebanon by Hezbollah, or by the Iranians either testing Israeli defensive systems or targeting Dimona nuclear reactor in Israel.

The drone was first spotted by military officials while it was above the Mediterranean in the area of the Gaza Strip, which is ruled by Hamas, points out Reuters.

Lieutenant-Colonel Avital Leibovich said Israeli systems on the ground alerted the air force to the drone Saturday morning. She said it flew over the Gaza Strip but did not start off from the Palestinian territory. She said Israel did not know the drone’s starting point and an investigation was under way.

It is highly unlikely Hamas would be responsible for the operation and the “immediate suspect is Hezbollah,” points out a Haaretz analysis. The drone shot down Saturday is not believed to have been carrying explosives, notes Harretz, pointing out that it was likely gathering intelligence.

It is not the first time that Israel has shot down drones entering its airspace, but such cases are rare. The Lebanese group Hezbollah has launched several such aircrafts into Israel over the past few years.

In the 2006 war, Hezbollah launched an Iranian-made drone capable of carrying explosives into Israel that was shot down.

Tensions are high between Iran and Israel over Tehran’s nuclear program. The west has accused Iran for developing atomic bombs but the Islamic Republic denies the allegations, and says its program is for peaceful purposes only. Israel has threatened to carry out a military strike against Iran’s nuclear facilities to prevent Iran from acquiring such weapons.