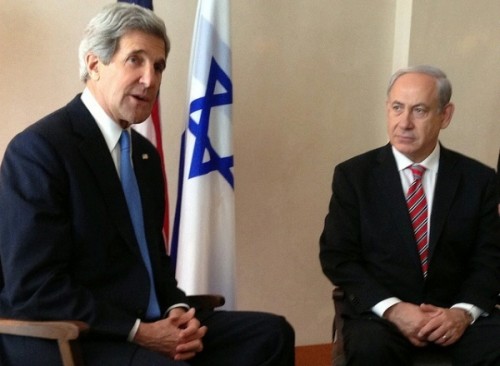 The US secretary of state, John Kerry, told NATO on Tuesday that it needs to consider its role in the Syrian crisis, including how prepared it is to respond to a potential chemical weapons threat amid claims by Israeli military’s top intelligence official that Syrian President Bashar Assad had used such weapons last month in his battle against rebels.

“We should also carefully and collectively consider how NATO is prepared to respond to protect its members from a Syrian threat, including any potential chemical weapons threat,” he said during the first NATO foreign ministers meeting.

It was the first time Israel had accused the embattled Syrian leader of using his stockpile of chemical weapons.

Despite the deteriorating situation, NATO says there is no chance the alliance will intervene in the civil war.

It has, though, sent Patriot missile batteries to neighboring Turkey to help defend the NATO member against possible missile attack from Syria.

“There is no call for NATO to play a role. But if these challenges remain unaddressed, they could directly affect our own security. So we will continue to remain extremely vigilant.”

More than 70,000 people have died in the conflict, according to the United Nations.

The violence also has forced more than 1 million Syrians to seek safety abroad, burdening neighboring countries such as Lebanon, Jordan, Turkey and Iraq.