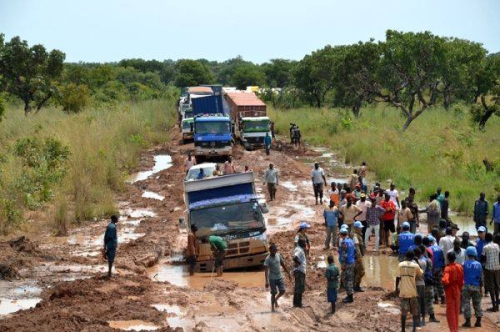 Humanitarian agencies and their partners have reached nearly 100,000 of the 156,000 people affected by flooding across South Sudan over the past couple of months, according to a senior United Nations relief official in the country.

“At this difficult time when people across many parts of South Sudan are struggling to cope with flooding, I want to express my appreciation to the humanitarian community and Government for the response efforts so far,” the Acting UN Humanitarian Coordinator in South Sudan, Chris Nikoi, said.

Nikoi said the response will continue as new areas are accessed with partners overcoming massive challenges.  “Food, household materials, water and sanitation and medical assistance are being transported by any available means,” he stated, noting that 60 per cent of roads have become impassable, with many flooded areas only accessible by air, making humanitarian response expensive.

Media reports say that the Government estimates that about 37,000 households were affected by the floods, with Unity, Upper Nile and Jonglei states reportedly worst hit.

“Humanitarians appreciate the Government’s leadership and proactive efforts in responding to the needs of flood-affected people across the country, including the establishment of a flood response fund and task force at national level,” said Nikoi.

“This commitment will help complement efforts to ease the suffering of flood-affected people.”