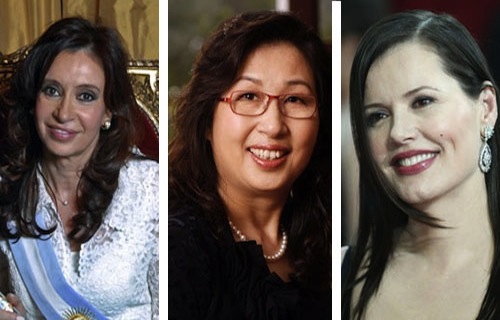 A Head of State, the chief of a telecommunications company in China, and a Hollywood actress will receive an ITU award recognizing their leadership and dedication to promote information and communications technologies (ICTs) as a means to empower women and girls.

The President of Argentina, Cristina Fernández de Kirchner; the Chairperson of the Chinese company Huawei, Sun Yafang, and United States Oscar-winning actress and rights advocate Geena Davis, will be awarded the World Telecommunication and Information Society Award for their significant contribution to the ongoing digital revolution in ICTs, according to an announcement by International Telecommunication Union (ITU). The theme of this year’s World Telecommunication and Information Society Day, which falls on May 17, is “Women and Girls in ICT.”

In a news release, ITU’s Secretary-General, Hamadoun Touré, lauded the work of the three award-winners in promoting both the involvement of women in the ICT field, and in demonstrating the role ICTs can play in creating opportunities for them. “The ability of technology to empower women and girls in communities around the world is still largely untapped,” Touré said. “We are determined to work with partners across all sectors of society to promote the full potential of ICTs for the benefit of women and girls.”

Since becoming Huawei’s Chairperson, Ms. Sun has turned the Chinese telecommunications company into a global enterprise that provides innovative technologies, ITU said. She is also actively involved in several corporate responsibility programmes and as a member of the Broadband Commission for Digital Development.

Ms. Davis is the founder of the non-governmental organization Geena Davis Institute on Gender in Media, which works within the media and entertainment industry to engage, educate and influence the need for gender balance, reduce stereotypes and create a wide variety of female characters for entertainment targeting children less than 11 years of age. Ms. Davis is also ITU’s special envoy for women and girls in the field of ICT.

The awards ceremony takes place in Geneva on May 16, followed by a high-level panel discussion with the award-winners and other distinguished speakers.