Posted on: July 14th, 2012 by AlYunaniya Staff No Comments 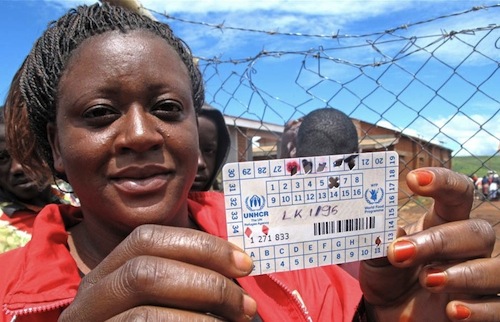 The World Food Programme (WFP) announced it is preparing to assist thousands of Malawians due to the poor harvests in the country and high food prices.

“The situation is very serious – our field staff have observed that households in parts of the country have harvested almost nothing,” said WFP Country Director Abdoulaye Diop. “Our first priority will be to make sure that vulnerable people have enough food to sustain themselves through this lean season. At the same time, we must invest in more long-term solutions to build resilience and break the cycle of hunger.”

According to a recent report jointly produced by the Government, UN agencies, and academic and non-governmental organizations, more than 1.6 million people will need food assistance in the coming months, a substantial increase from earlier this year when 202,000 people were in need of food assistance.

While the lean season in Malawi is usually between December and March, a late onset of rain and prolonged dry spells resulted in a decrease of maize production by as much as 40 per cent in some areas. The effects will be felt the most in the southern part of the country.

In addition, the recent devaluation of the national currency by 49 per cent, coupled with soaring inflation at 17.3 per cent, has produced sharp increases in the prices of basic goods and services, pushing the cost of living to unsustainable levels for many Malawians.

Retail maize prices have already increased by 50 per cent compared to the same time last year, and are expected to increase in the lean season.

WFP, along with the Government and other partners, will distribute locally produced maize, pulses and blended food. Cash transfers may also be made available to the most vulnerable to enable them to buy food in areas where market conditions allow.

The agency is urging donors to provide rapid funding support to assist more than one million people starting from August, covering the period until March 2013.

In a news release WFP said its emergency intervention will be implemented in tandem with medium- and longer-term assistance, including school meals, programmes to boost the nutrition of malnourished children and mothers, and resilience-building activities to address chronic food insecurity and disaster risk reduction.