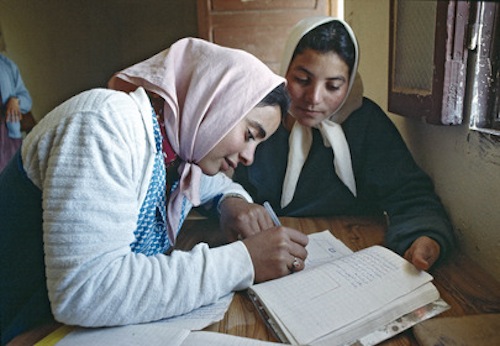 Yemen should protect its girls from the devastating effects of early marriage by setting 18 as the minimum age for marriage by law, Human Rights Watch said in a statement.

In early September, a story emerged about an 8-year-old girl who bled to death on her wedding night after she was raped by her new husband, who is in his 40s. Since then, activists across the region have been discussing on various social media platforms how to combat the practice of child marriage.

A new Human Rights Watch video documents the psychological and physical harm that child marriage causes to girls. In the video, a father expresses his regret at having chosen to give up his two young daughters to marriage, and two members of the religious community and a Nobel Laureate speak about the need to abolish the practice.

“Thousands of Yemeni girls have their childhood stolen and their futures destroyed because they are forced to marry too young,” said Liesl Gerntholtz, women’s rights director at Human Rights Watch. “The Yemeni government should end this abusive practice.”

Members of the Rights and Freedoms Committee in the country’s National Dialogue Conference should recommend prohibiting child marriage during its final plenary session in September 2013, Human Rights Watch said.

When the committee charged with drafting a new constitution as part of the transitional period is convened, it should consider including an 18-year age minimum in the new constitution Human Rights Watch warns, adding that if no minimum age is included, parliament should pass a law setting the minimum age at 18.

The Friends of Yemen should at its meeting in New York consider increasing support for programs that boost girls’ and women’s access to education, reproductive health information and services, and protection from domestic violence, both in cities and rural areas, Human Rights Watch added.

Tawakkol Karman, the Yemeni activist who received the Nobel Peace Prize in 2011, has criticized the transitional government’s failure to ban child marriage. She told Human Rights Watch that: “[Yemen’s] popular, peaceful revolution came about for the sake of fixing these societal problems. It didn’t happen just to solve political problems, but also to address societal problems, the most important being child marriage.”

A 2011 Human Rights Watch report documented severe and long-lasting harm to Yemeni girls forced by their families to marry, in some cases when they were as young as 8. Human Rights Watch spoke to 34 Yemeni girls and women. They said that marrying early meant that they lost control over their lives, including the ability to decide whether and when to bear children. They said that it had cut short their education, and some said they had been subjected to marital rape and domestic abuse.

There is no legal minimum age for girls to marry in Yemen and the only legal protection for girls is a prohibition on sexual intercourse until the age of puberty. In some cases documented by Human Rights Watch, however, girls were married before their first menstrual period and were raped by their husbands.

Yemen’s transitional authorities have failed to seriously address child marriage, Human Rights Watch said. The transition period, which began after Ali Abdullah Saleh stepped down from the presidency under popular pressure in February 2012, will culminate with presidential and parliamentary elections in February 2014. As part of the transition, the six-month long National Dialogue Conference began on March 18. During the conference’s second plenary in June, it passed 363 directives, but not a single one referred to the practice of child marriage.

Yemen has backtracked on protecting girls from forced marriage. In 1999, Yemen’s parliament, citing religious grounds, abolished the legal minimum age for marriage for girls and boys, which was then 15.

Yemen is party to a number of international treaties and conventions that explicitly – or have been interpreted to – prohibit child marriage and commit governments to take measures to eliminate the practice, including the Convention on Consent to Marriage, Minimum Age for Marriage and Registration of Marriage.

UN treaty-monitoring bodies that oversee implementation of the Convention on the Elimination of All Forms of Discrimination against Women and the Convention on the Rights of the Child have recommended a minimum age of 18 for marriage.  “The protesters in Change Square in 2011 risked their lives to demand equal rights for all Yemenis, and girls should be no exception,” Gerntholtz said. “Child marriage is a violation of their human rights and should be ended.”